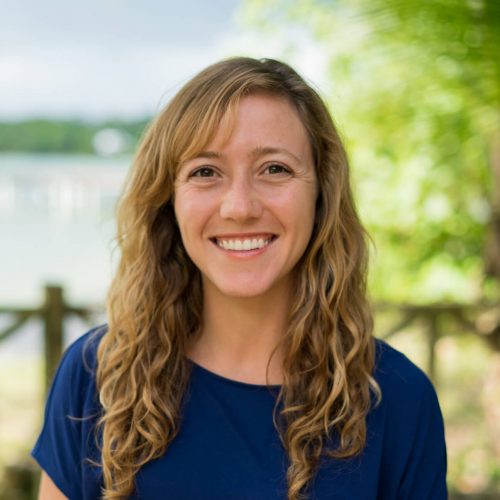 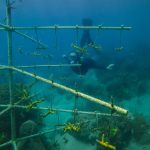 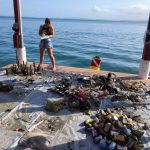 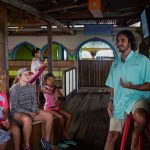 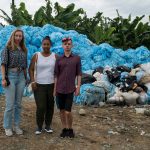 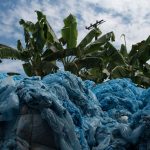 Even though Bocas del Toro is a relatively small island group with an equally small population, it is home to a surprisingly large number of organizations and people that are promoting marine science and other environmental conservation issues. Every semester it seems like we are able to build a connection with another organization, which enhances our curriculum here at the SFS Center for Tropical Island Biodiversity Studies (TIBS) and helps connect us further to the community.

This semester we visited Coral Restoration Panama (CRP) for the first time as part of the Tropical Coastal Ecology course. Coral Restoration Panama is a local organization working to restore the coral reefs in Bocas through the creation of artificial reefs and a coral nursery operation. After spending time in class discussing coral reefs and threats to reefs both worldwide and specifically here in Bocas, we had a chance to snorkel at a couple of our local reefs and see the corals as well as the effects of disease and bleaching firsthand. The following week we headed to Coral Restoration Panama to hear what is being done here in the archipelago. CRP has been putting creating and putting down artificial reefs over the past year, and has recently begun fragmenting corals and growing them on “trees” out in front of their site. The process of fragmenting causes the corals to grow at a much higher rate than they would naturally, and these pieces will then be further fragmented or attached to the new structures the CRP staff have created. It was especially interesting to hear that they were using this process, as we had watched a video in class describing how this technique was just recently discovered and was being utilized in the United States. It was exciting to then snorkel their site and see the growth of some coral fragments that were recently attached to the structures, and I look forward to following their progress when we visit the site with future student groups. 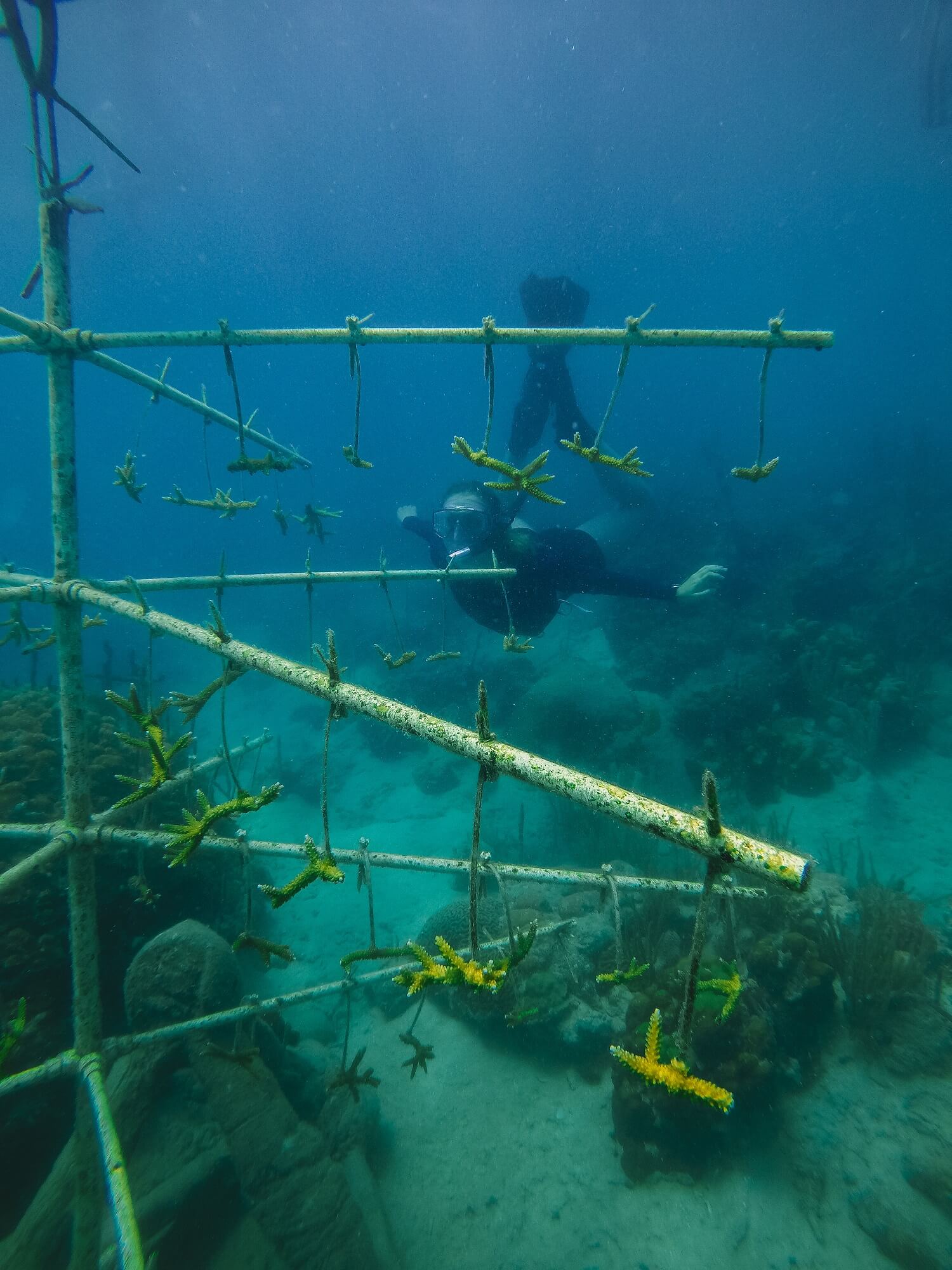 All photos courtesy of Anna Chahuneau

Another organization we have had the opportunity to learn from is the Sea Turtle Conservancy (STC). The STC is the longest-running sea turtle organization worldwide, and they began working in Panama in 2003. There are several beaches in the Bocas del Toro Archipelago that are important nesting sites for hawksbill and leatherback sea turtles, and the STC staff have been working to monitor those beaches, conduct research, and educate locals and tourists and SFS students about sea turtles and the threats they face. In addition to learning about the turtles in Bocas during a guest lecture from Guillermo Lopez-Torrents, the STC Panama outreach coordinator, some of our students have had the opportunity to join in on night patrols for nesting mothers or early morning walks to check nests that are ready to hatch. While one can never guarantee a sighting during these surveys, one group of students got to see a whole nest hatch last fall!

Interacting with these organizations doesn’t only happen during class time. We arrange visits to the Smithsonian Tropical Research Institute’s monthly evening presentations for students who are interested. On the weekends, some students and staff have participated in monthly clean up dives that are run by the Bocas Dive Center – a great way for certified divers to get more diving experience while also cleaning up our local marine environment and exposing students to the extent of the trash problem we have here in Bocas. 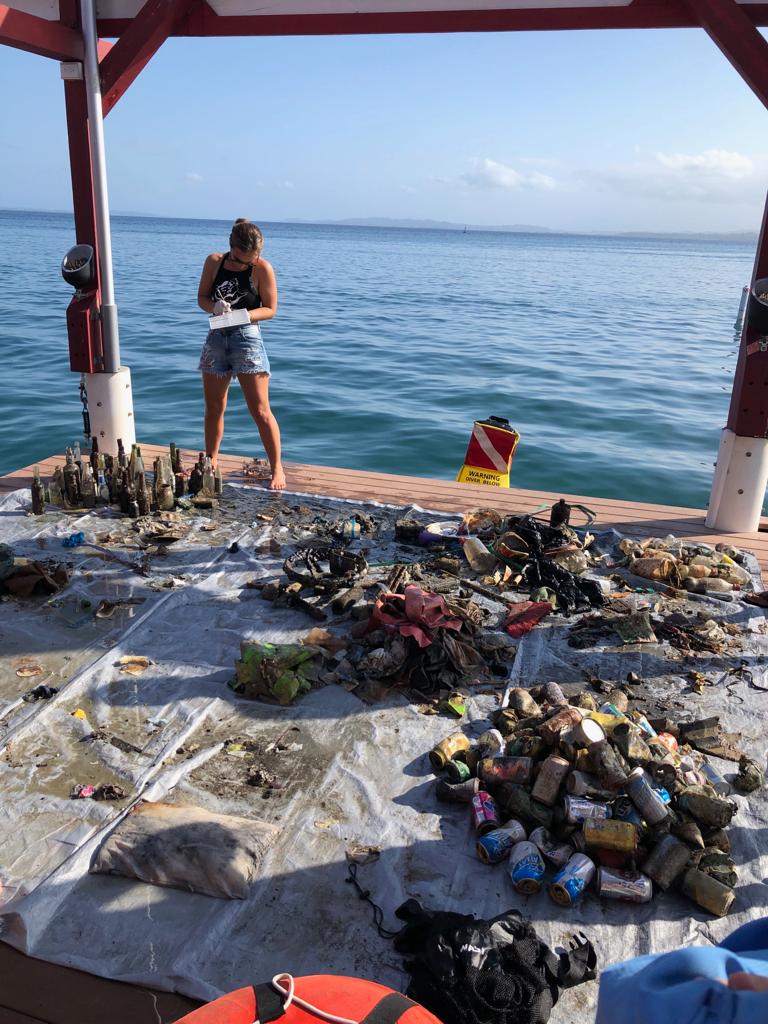 Speaking of trash, one of the new opportunities I am most excited about is being able to recycle our plastic with Reciplastic, a company that turns plastics into “plastic lumber.” One of our community engagement groups began working with Reciplastic this semester in order to find out more about what they are doing and figure out how we can organize getting plastic from the schools and businesses in Bocas to their center, which is located on the mainland. Prior to Reciplastic opening in the area, there were no options for recycling plastic, which is a big problem for a small island with a growing population. We invited the engineer behind the program to come talk to our class, and a group of local high school students who were interested in the project came and joined us for the lecture as well. While we are just in the beginning stages with this particular project, we are looking forward to more collaborations with the local community, conservation-focused groups in Bocas, and companies such as Reciplastic to not only improve the quality of the experiential education for SFS students but also the environment of Bocas. 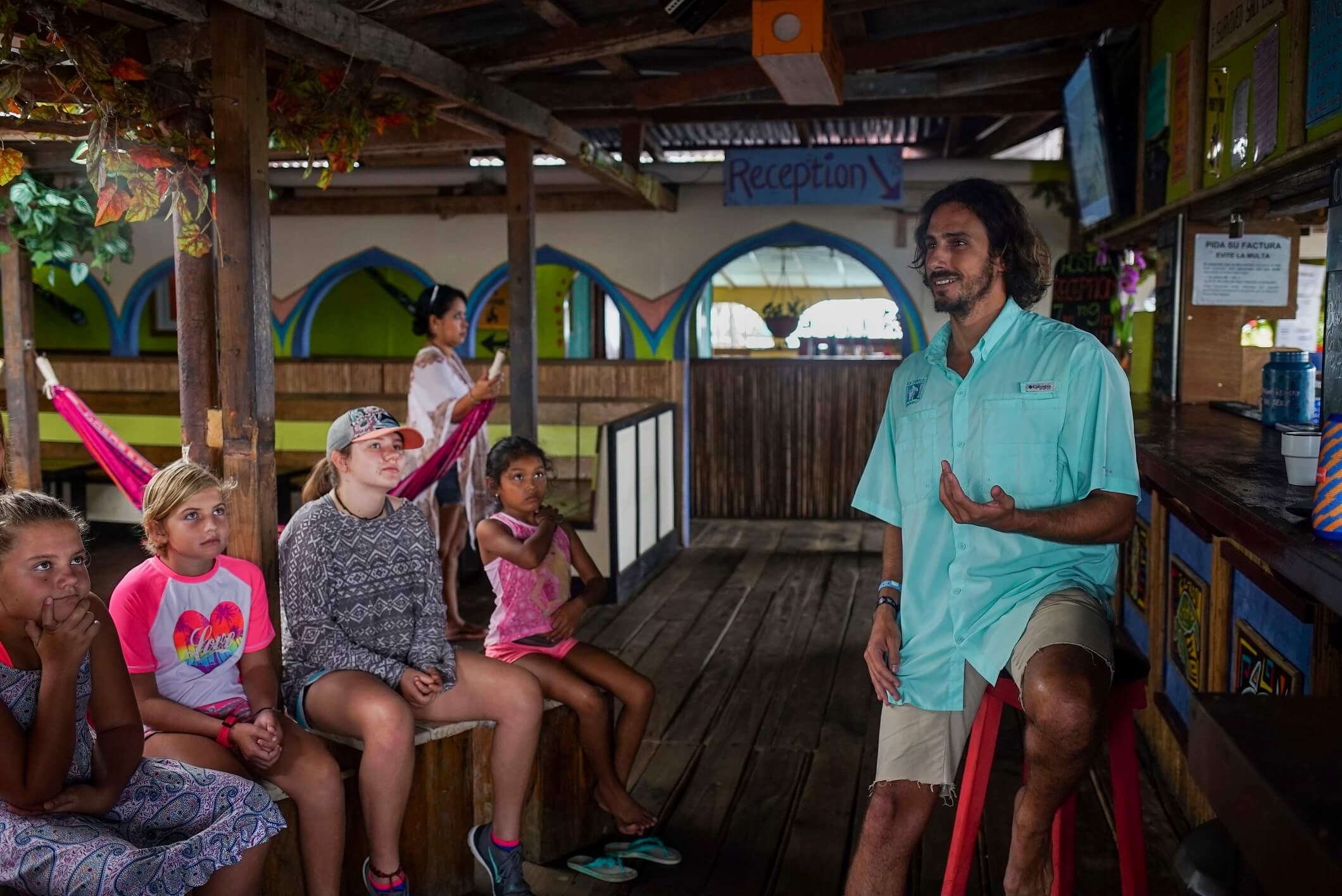 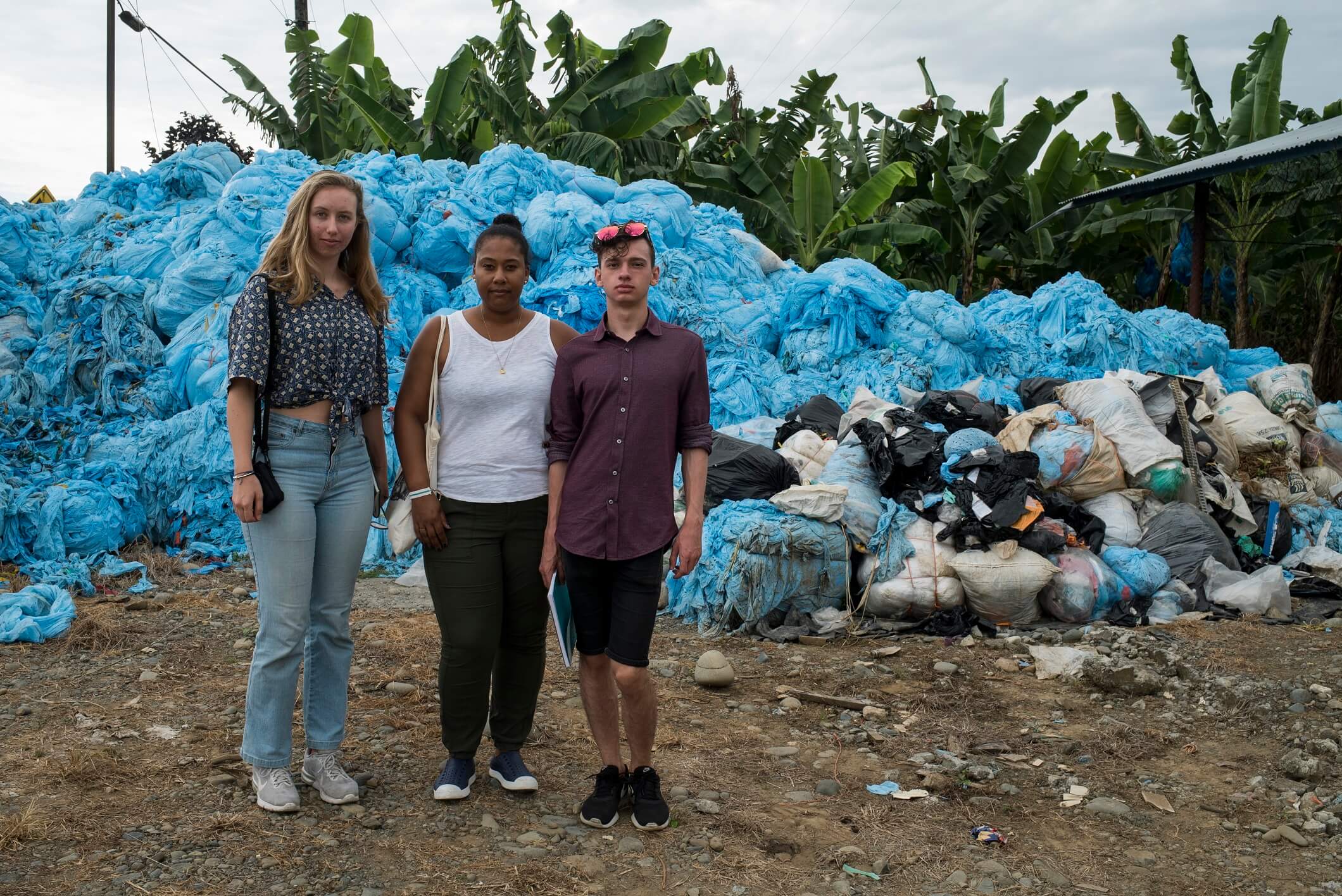 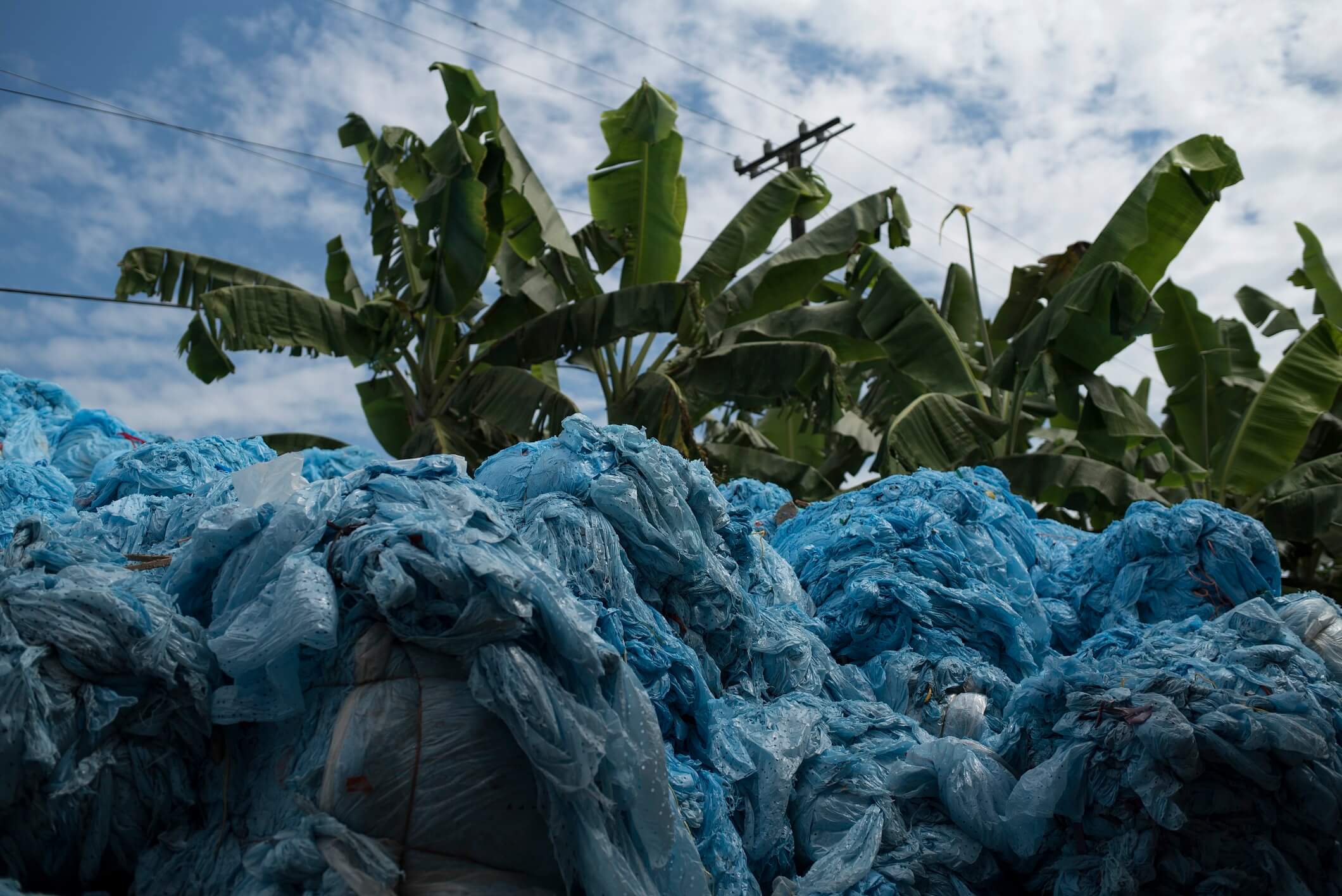 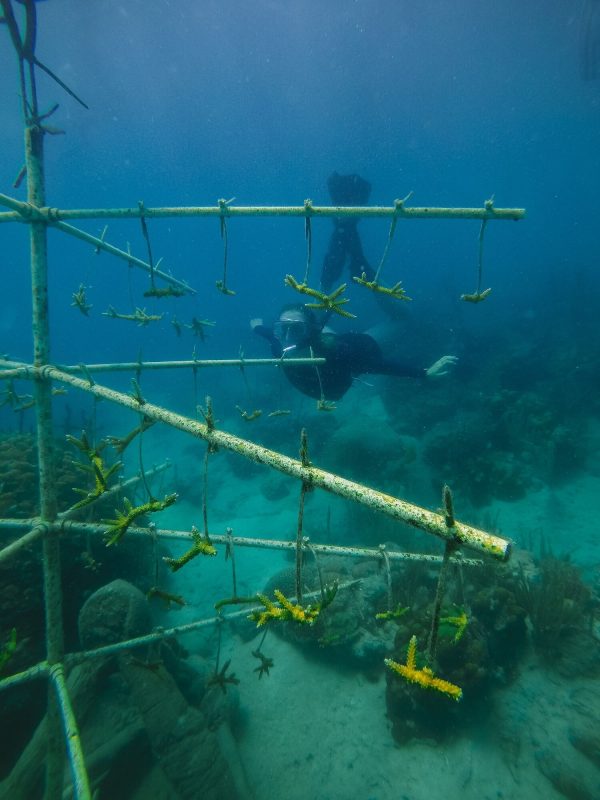 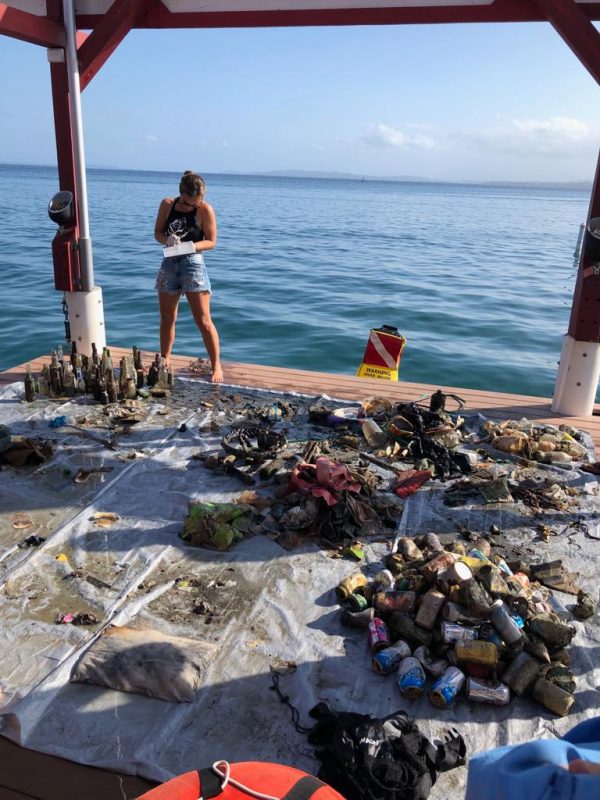 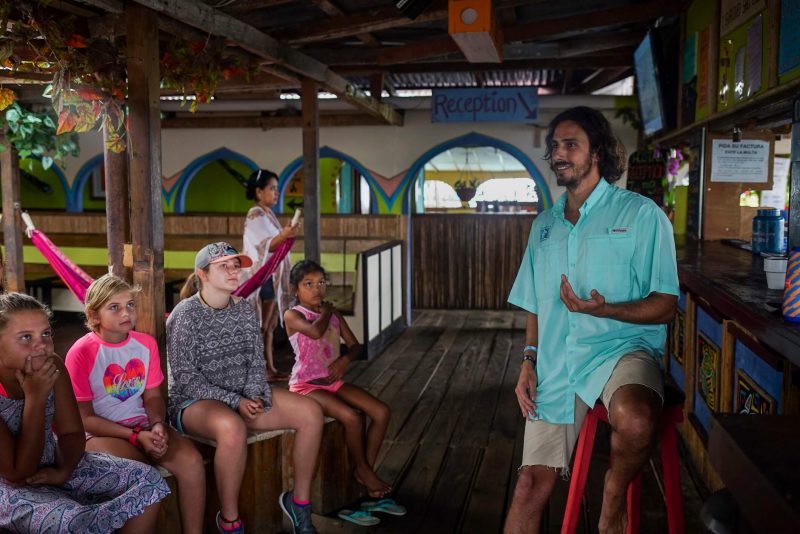 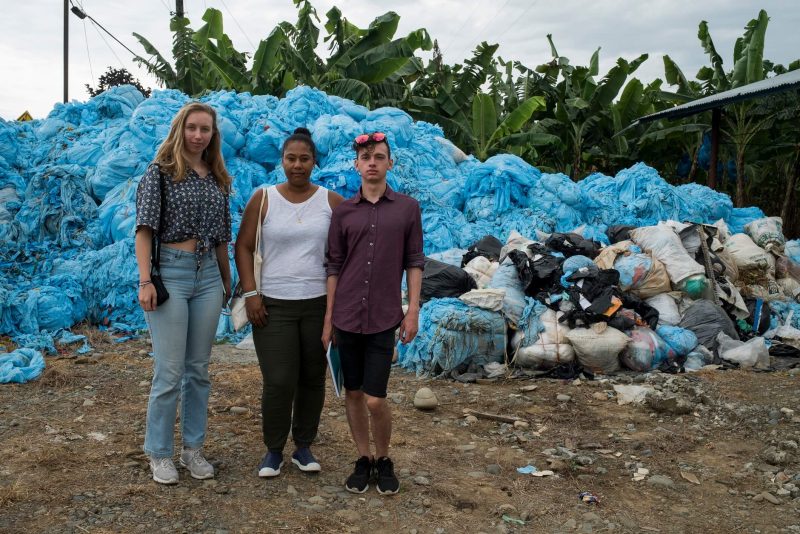 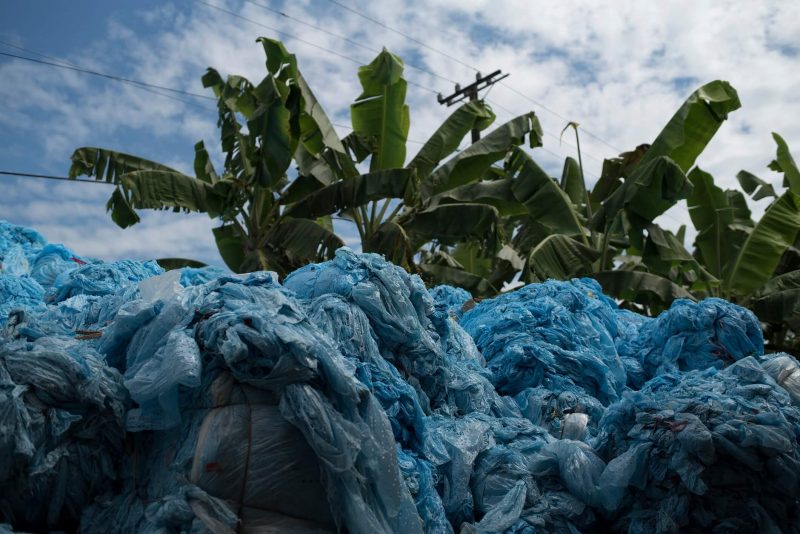