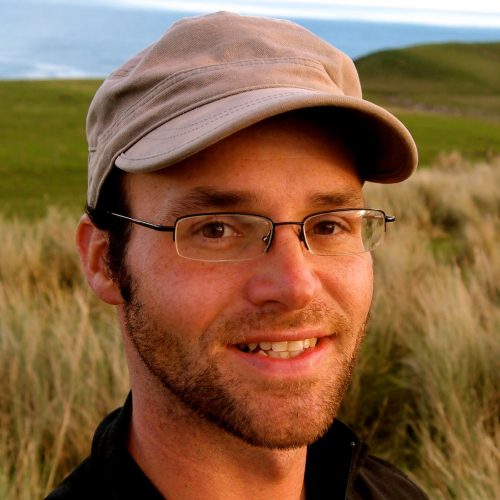 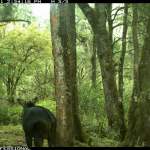 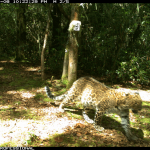 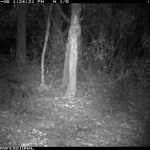 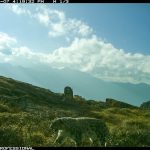 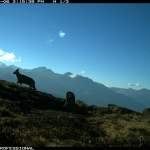 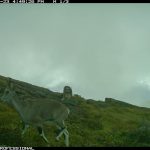 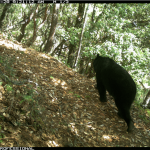 The forests of the Eastern Himalayas are some of the most biodiverse in the world, and are the last stronghold for many threatened wildlife species. However, without understanding the biology of these rare species, conservation targets for protecting them remain undefined.

Employing battery-operated, waterproof cameras with remote sensors and night vision, SFS researcher partners have collected candid photos of rare Himalayan wildlife such as marbled cats, Himalayan serow, dhole, common leopard and many other species in the forests above the Paro Valley.

The camera trapping study, is a joint-partnership with the Global Tiger Center, Bhutan Ecological Society (BES) and SFS Center for Himalayan Environment and Development Studies. The aim of the ten year research study is to learn more about biodiversity in Western Bhutan’s forests, and specifically the role of apex predators such as tigers. 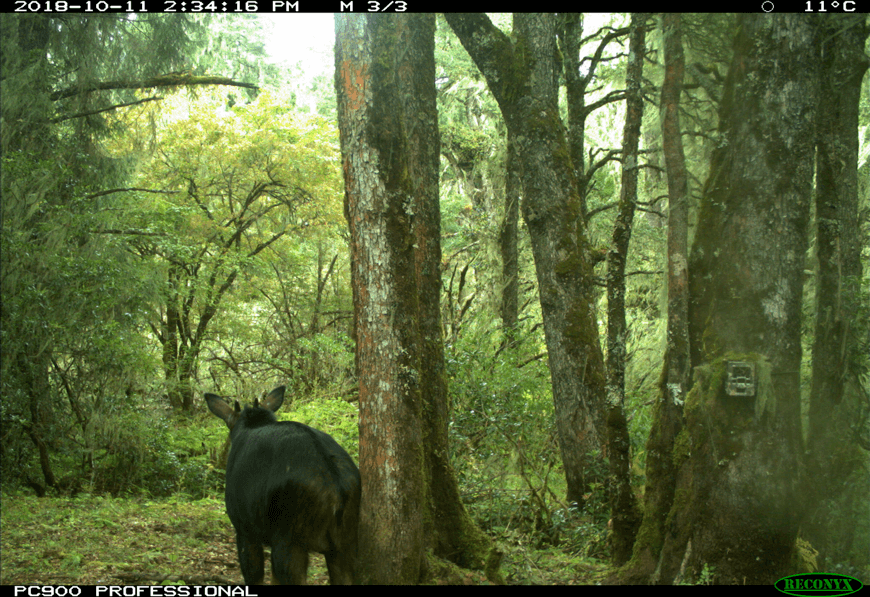 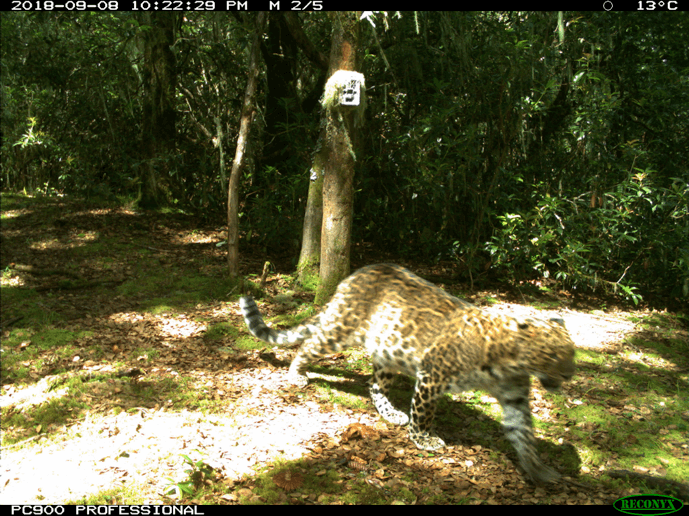 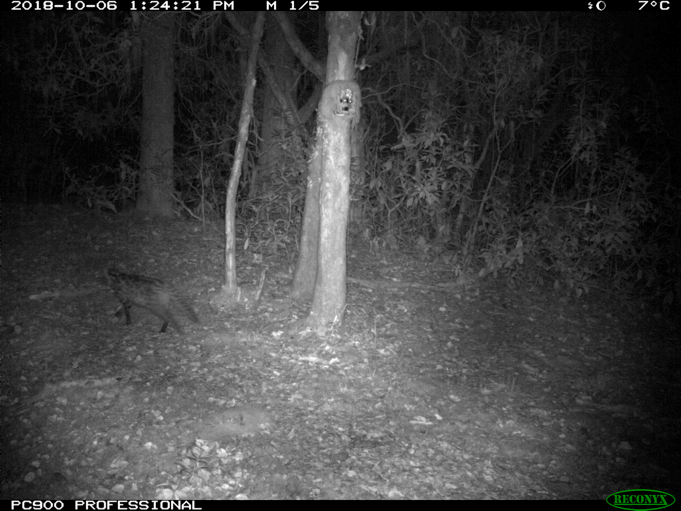 The marbled cat at night

Although the camera traps haven’t yet caught a tiger, recently collected images revealed evidence of an even more elusive big cat: a snow leopard. According to a country wide field survey conducted in 2016 it is estimated that only 96 snow leopards exist in Bhutan. To capture one of these rare, beautiful, almost mythical creatures in the camera traps above the SFS Center in Paro is nothing short of astounding. 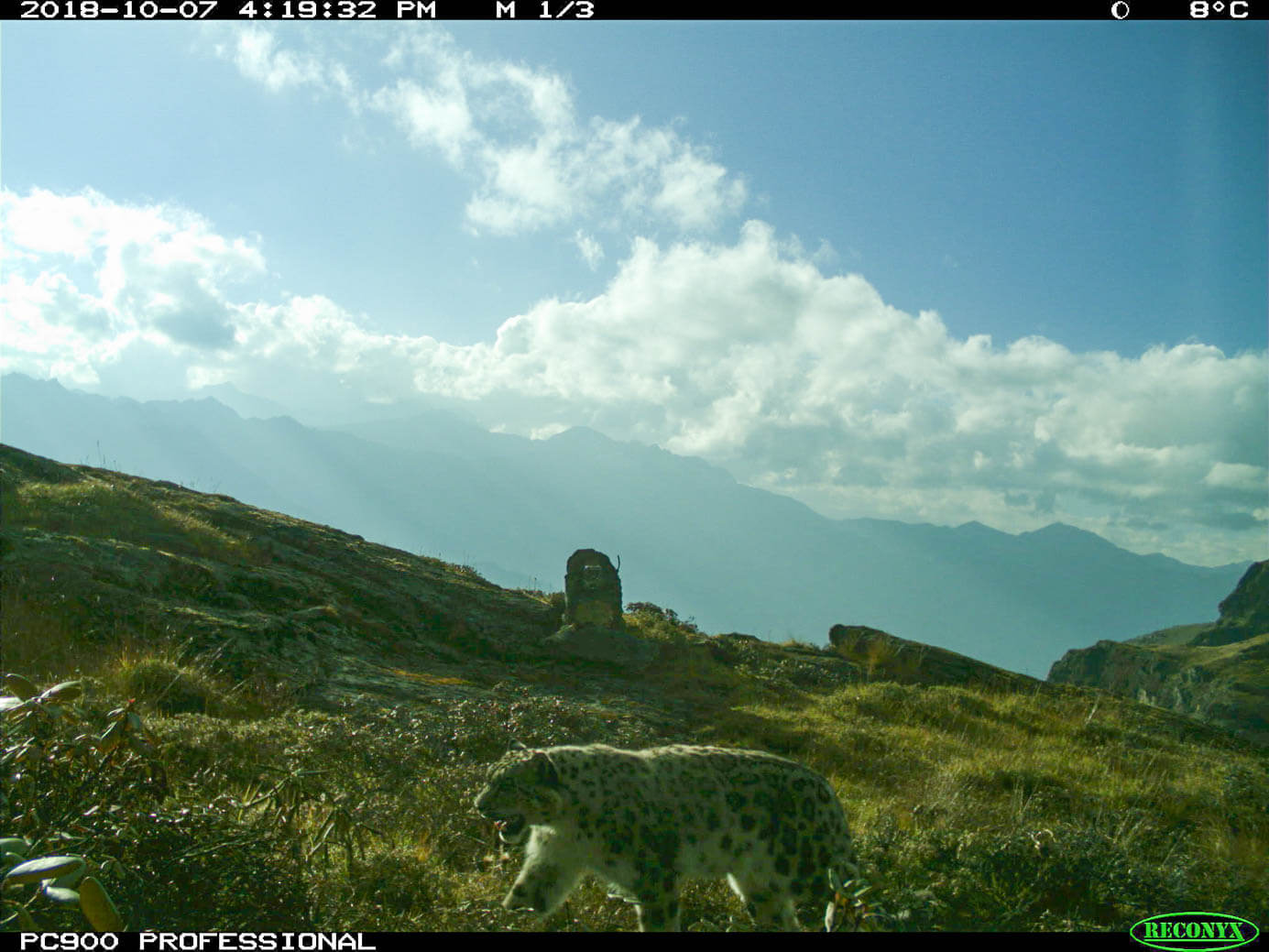 Even more thrilling to consider is that the distance from the mountain top camera station which recorded the snow leopard, and the SFS Center in Paro Valley is less than 4 miles (6 kilometers) as the crow flies. However, the gain in altitude is several thousand feet involving a grueling trek up steep mountain slopes at altitude. Still the presence of snow leopard and their main prey blue sheep (also captured on camera) indicates just how rich in wildlife Bhutan’s forests are and how little is known about the wildlife that exists in them. 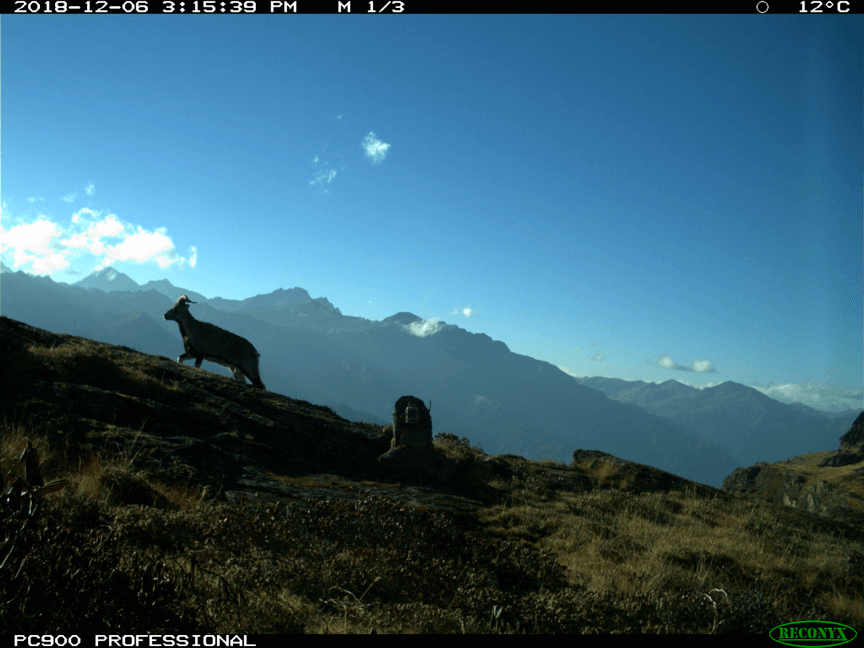 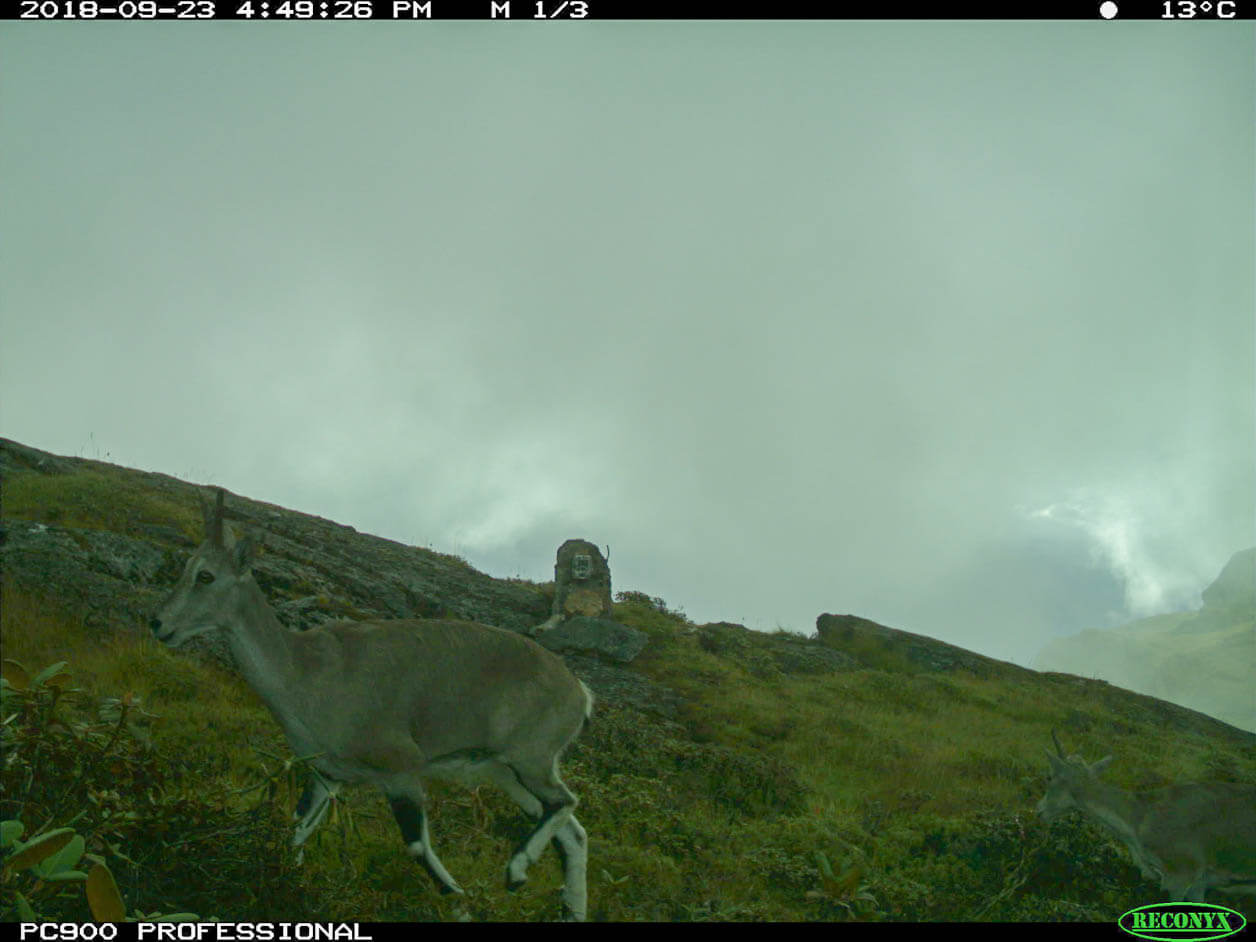 The blue sheep up close

Many of the camera traps deployed for this long term study were set up with the help of previous SFS students less than six months ago, and will continue to be monitored with current SFS students as part of upcoming directed research projects. With the support of BES, it is our hope we can continue to involve SFS students in this exciting research by analyzing incoming camera trap data, developing new sampling sites for comparison and assisting in long term monitoring.

By collecting data on wildlife diversity, abundance and dispersal patterns, this study is helping Bhutanese scientists and SFS students gather information on rare mammals in a region known for its remoteness and uncompromising terrain. The data collected will be used to develop conservation strategies tailored to individual species, while giving us all a glimpse into the secret lives of these amazing animals. 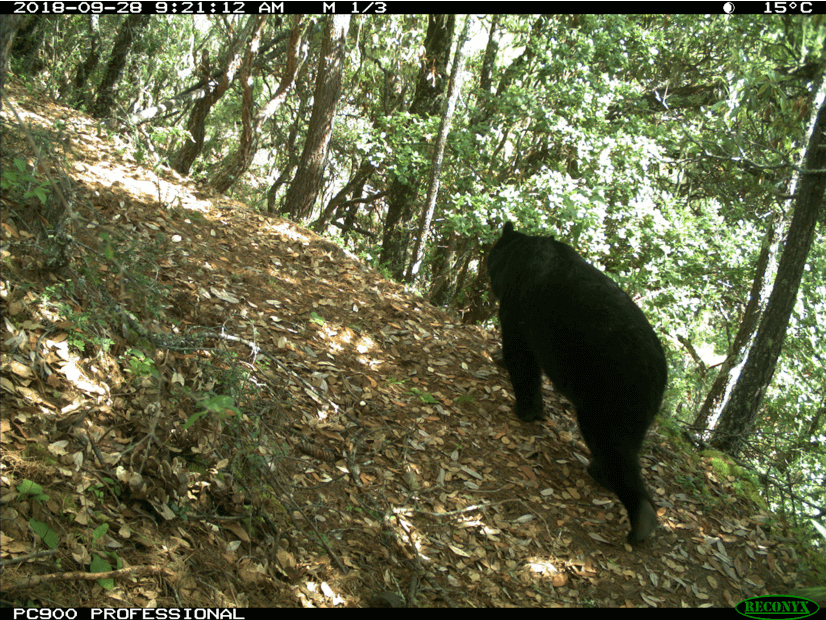 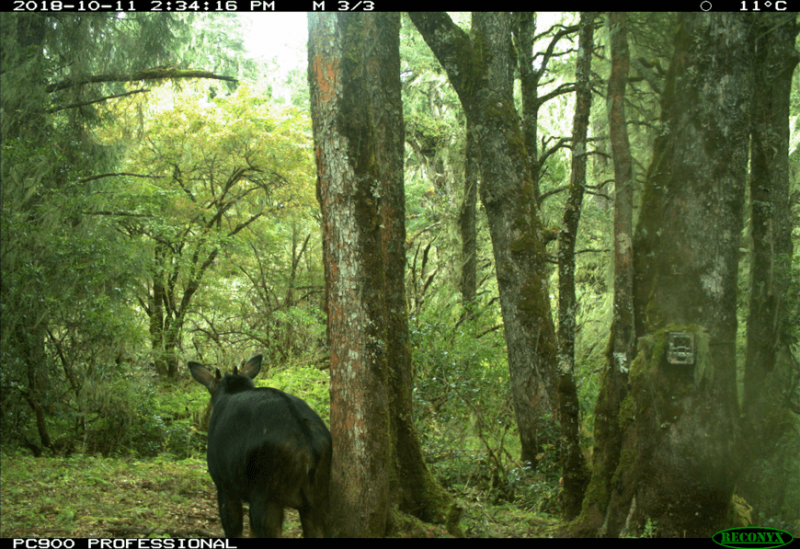 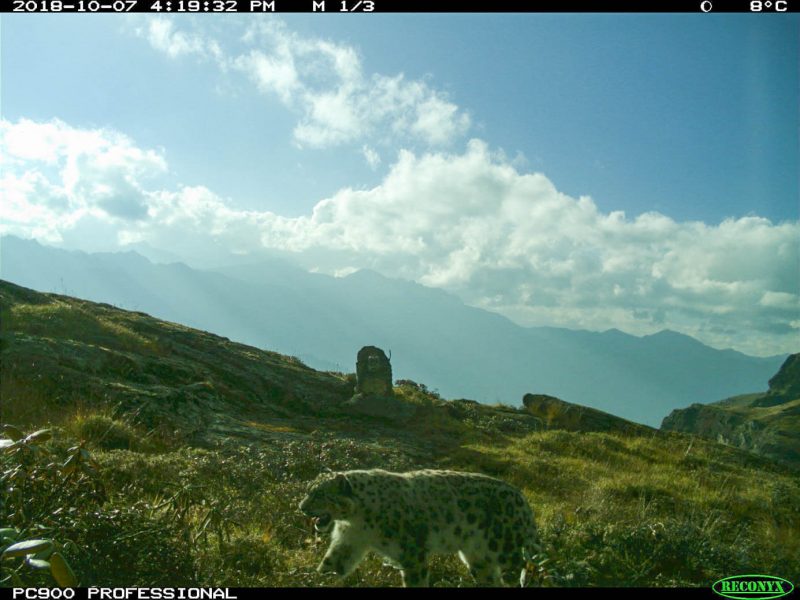 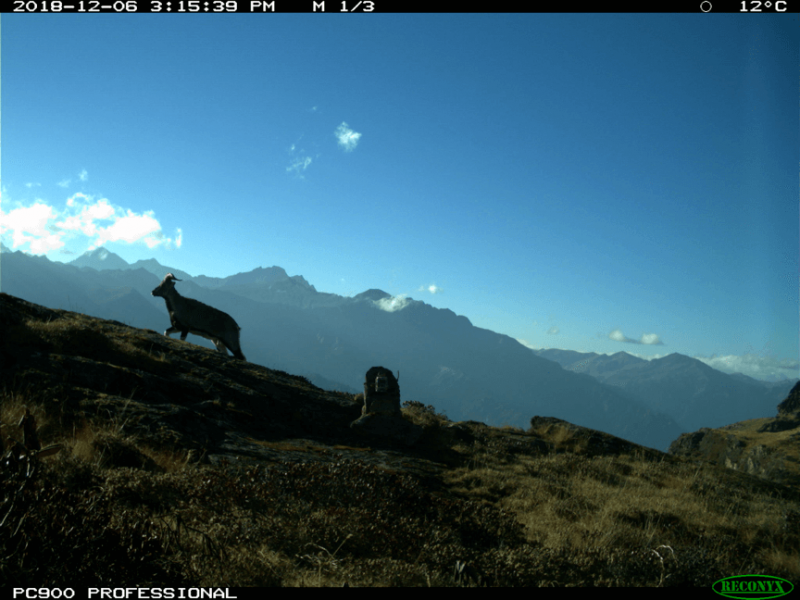 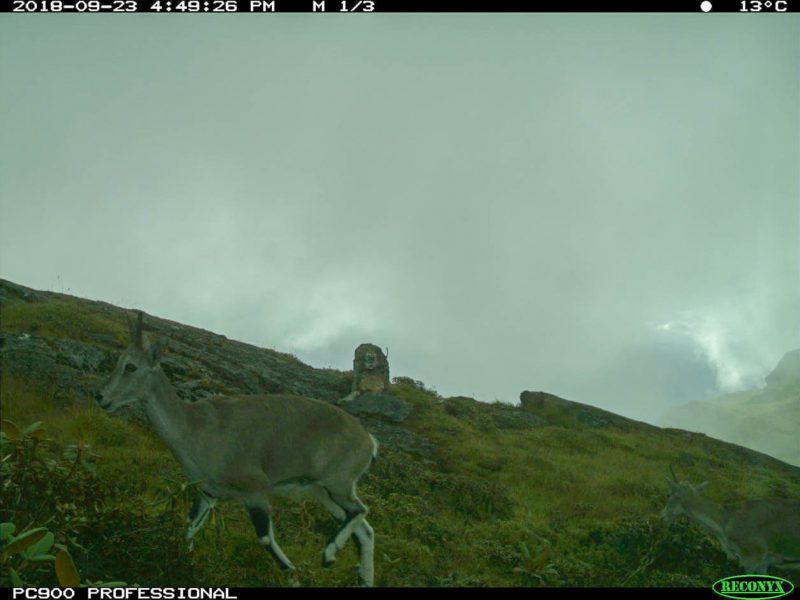 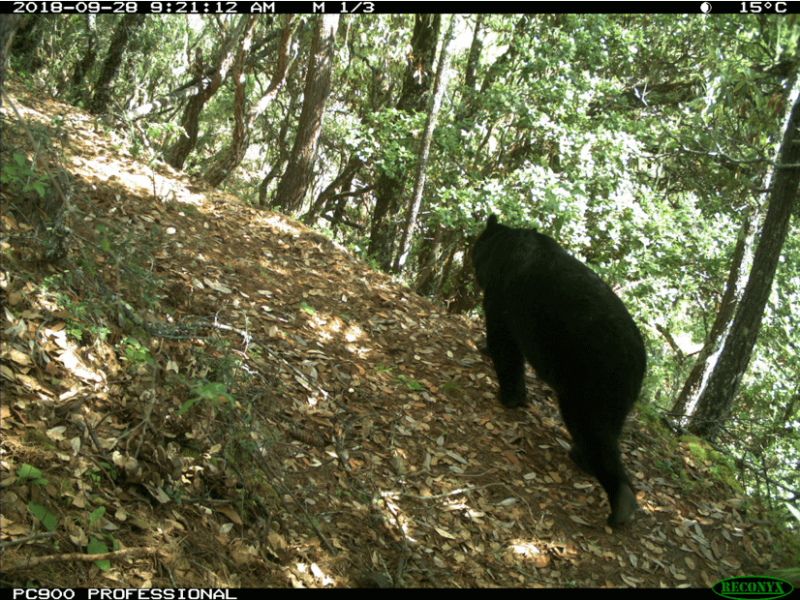