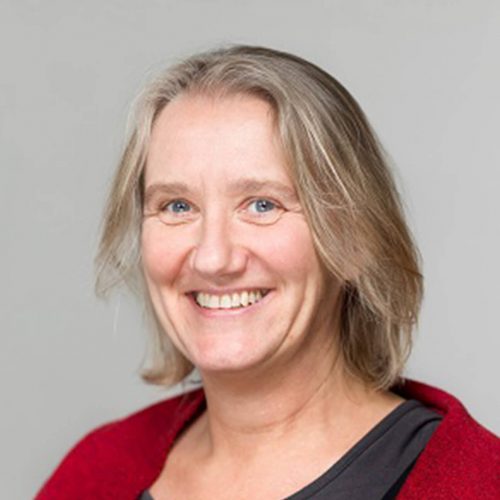 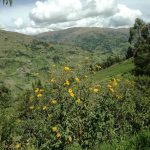 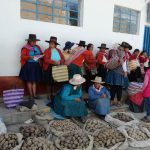 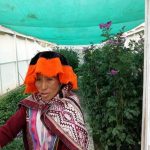 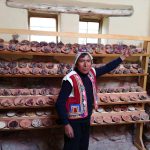 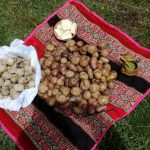 The Right to Decide

The Right to Decide: Culture and Crop Diversity in the Andes

In times where food production increasingly concentrates in large corporate monopolies, and the ingredients in our processed meals are based on still fewer crops, looking into the field of Agro-biodiversity and the emerging concept of Food Sovereignty turned out to be an interesting focus for our political ecology classes in the Andes. We were out of our familiar Amazonian environment for six days – in the heights in the Cuzco Department. During those days we visited small-scale farmers and a federation of six communities that had created a ‘Potato Park’. I did not know what to expect of that visit, but it turned out to be the most interesting of all of our visits to me.

Agro-biodiversity refers to the biological variety in crops, animals and other organisms used for food and agriculture. We visited Abraham in the 7 ha farm he manages with his mother. For an income they had started to breed guinea pigs – a delicacy in the Peruvian highland. He would sell 12-20 guinea pigs a month for a good price to a middleman, who would sell it on to restaurants in the urban areas. The guinea pigs where fed with alfalfa that they grow themselves. Apart from this, Abraham had 5-6 varieties of corn, quinoa, potatoes, mashua, lupine, mountain papaya, a range of pumpkin varieties, a few sheep, chicken and cattle, and as a new experiment, bees. They are already producing well, and to optimize honey production, Abraham plants more flowering species on his land and postpone weeding in his field until the ‘bad weeds’ have finished flowering.

Maintaining agro-biodiversity is a central part of the livelihood strategy of the typical household of a small-scale farmer. Some activities are for subsistence, others income-related, the important point is the diversification of production. Agro-biodiversity provides a varied diet and reduces the risk that pests and diseases in crops will ruin the entire harvest, making the household more economically resilient. Resilience towards climate change and market fluctuations are further benefits. 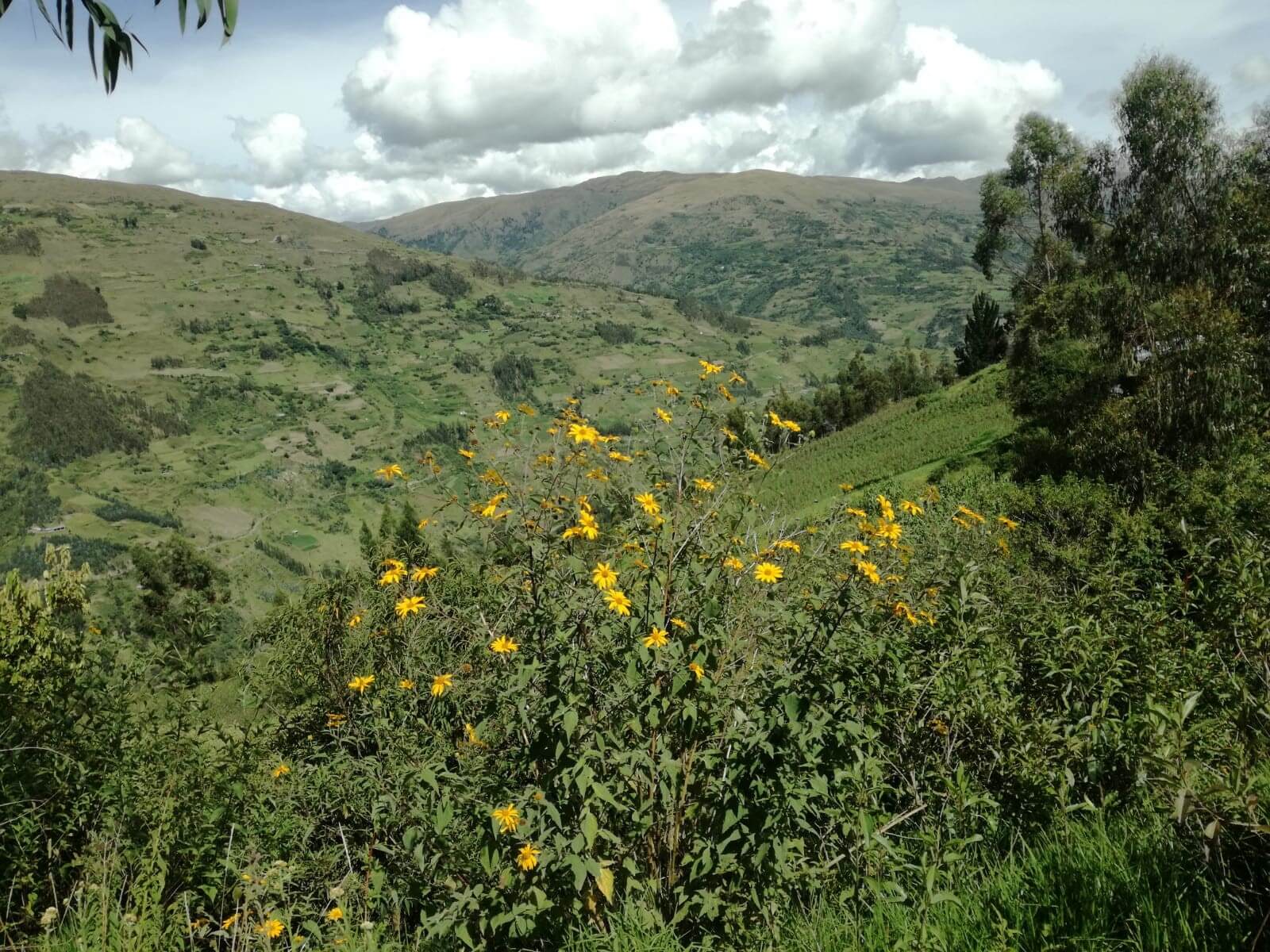 Abraham’s farmland, like most in the area, is stretching ‘vertically’ from very high elevations, to lower laying areas. Crops and other land-uses will differ along this line

A Park for the ‘Humble’ Potato

1366 – that’s how many potato varieties they manage in the ‘Potato Park’. Large scale production of potatoes in Europe and the US is based on few varieties of tubers, therefore the variety is low. They are chosen with consideration to maximum output and resilience to pests, or perhaps rather to pesticides. In the Potato Park, aside from using a wide variety of tubers for planting, the people of the six communities take botanical seeds from the potatoes to secure the variety. They both store them in a bank, and sow them for the subsistence of the families and for experiments. They have potatoes of all colors, and with different characteristics in taste and texture. Some varieties of potatoes are known to have antioxidants, and reduce cholesterol, colic, cancer and anemia, we were told. Potatoes provide Andean people with a varied diet with diverse nutrition. 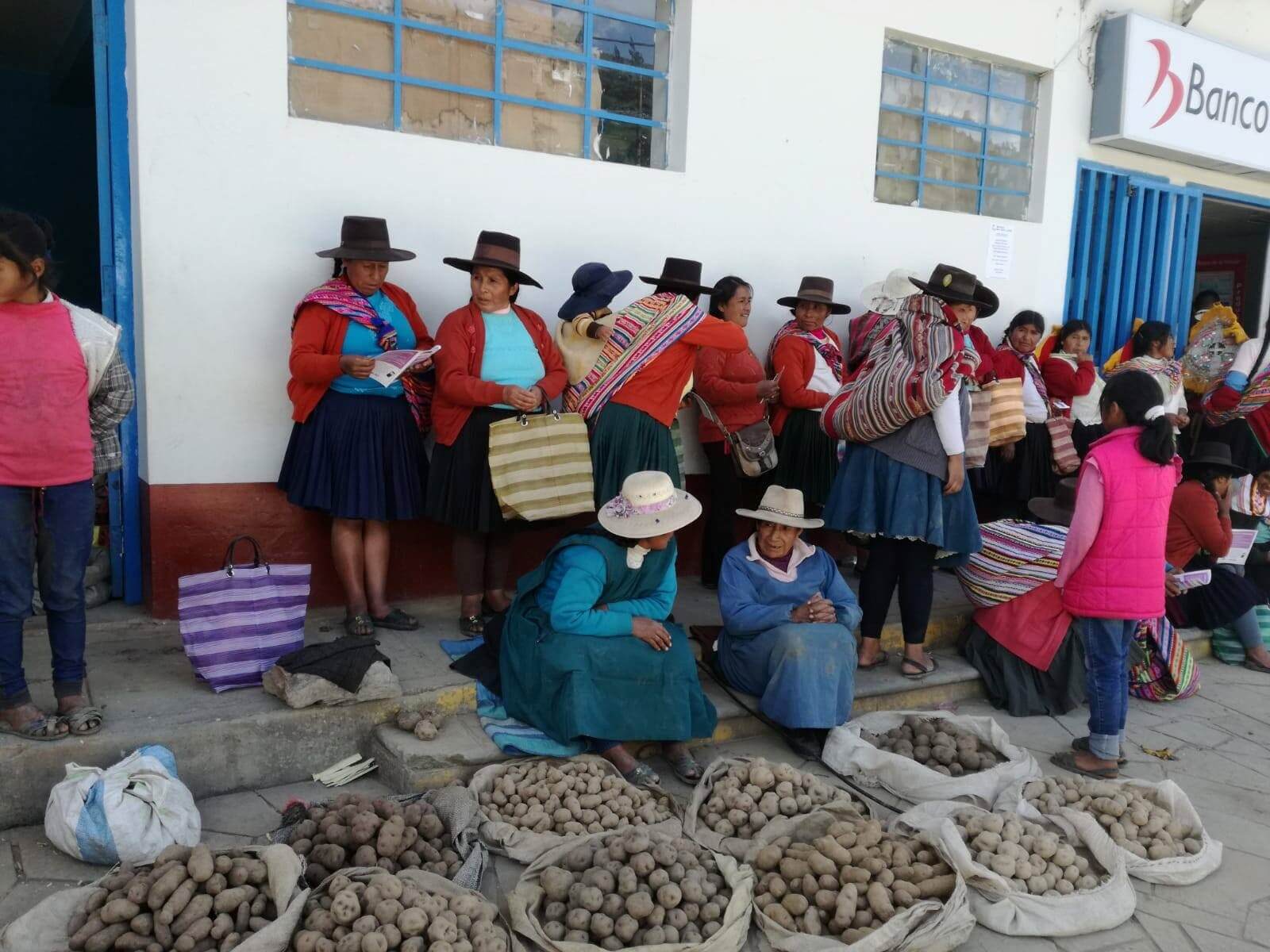 A large number of potato varieties are sold in the streets of Pacautabamba, which we visited and passed through several times during our stay in the region

The Park extends from 3100 to 4500 meters above sea level. Different varieties thrive at different altitudes. Human induced climate change seems to affect tropical highlands the most, which the people of the potato-park could confirm. With rising temperature, potato-varieties must move higher up. Unfortunately diseases and pests move higher up, too. The work they do is extremely important for food security, not only for the Andean people, where the potato is the main staple food, but for the world as a whole. Therefore, they have also sent over 700 varieties of potato-seeds to the international seed-bank in Svalbard in Norway. 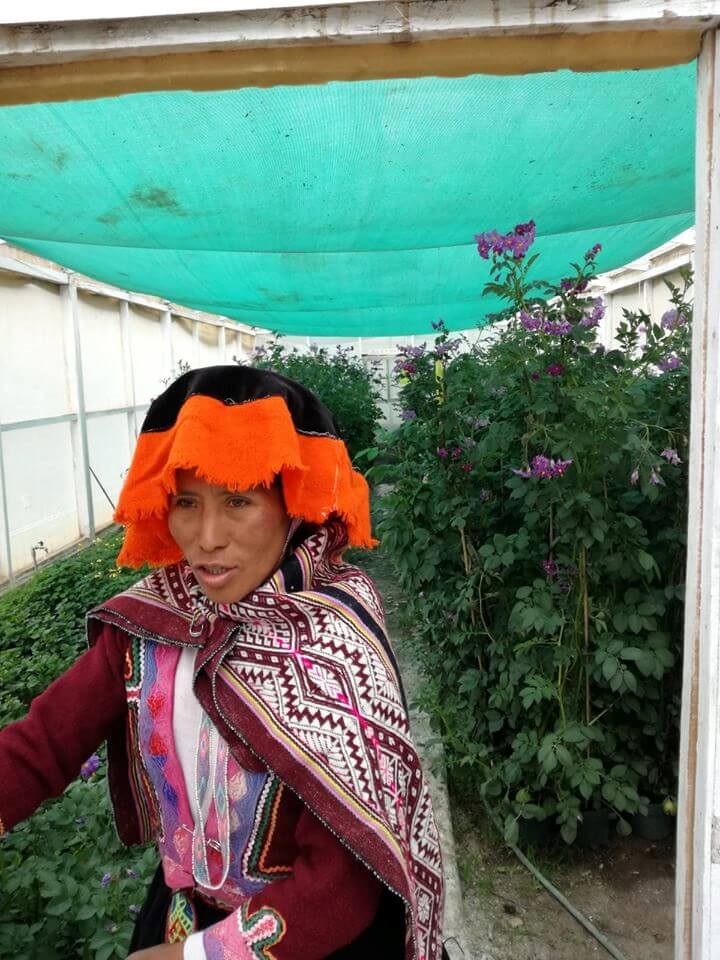 Dedicated community-members from the six communities of the Potato Park had planned an interesting tour for us. Ricardina explains how they pollinate the potato flowers in greenhouses and then later extract the seeds

Food sovereignty may be defined as the right of each nation to maintain and develop its own capacity to produce its basic foods, respecting cultural and productive diversity. The people of the Potato Park explained how they structure work and production according to a balance between human, non-human and spiritual worlds, and order their yearly calendar accordingly. Clouds around a certain mountain-top will indicate when rain is coming, and the arrival of a specific bird will tell that frost is on its way. This means harvest of some high-elevation species that can be freeze-dried and stored for up to 25 years, a technology known to the Incas as well. Food diversity is thus not only about crop and genetic variety, but about processing and preparing the food according to local knowledge and culture. 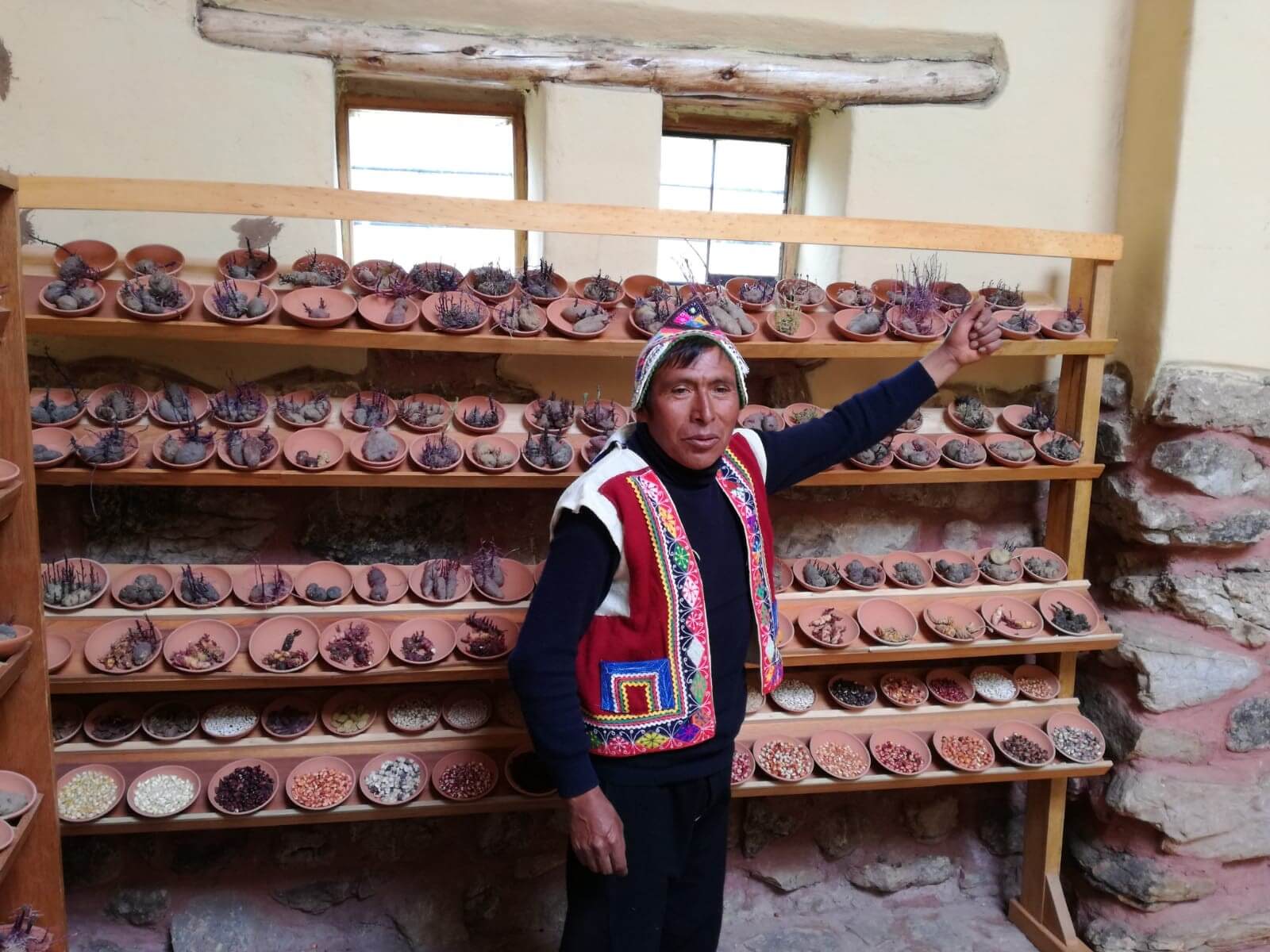 What is at Risk?

Today, more than 50 % of our calorie-intake stems from only three refined crops: wheat, corn and rice, and most of our processed foods are high in fats and sugars. Our diets seem to be determined by what is profitable to produce rather than what is healthy and delicious. So nutrition and wellbeing is at risk, more so in some countries than others. Profitable crops are grown on large scales in an ever-expanding economic system that evidently acquires land that was formerly commons or owned by small-scale farmers. This is a field of study in itself; the point for now is that people that can no longer provide themselves with food, because they lost access to land, are dependent on what is offered to them in the supermarket, if they can afford it. This will most probably lead to unvaried and unhealthy diets. Livelihoods and health are at risk. 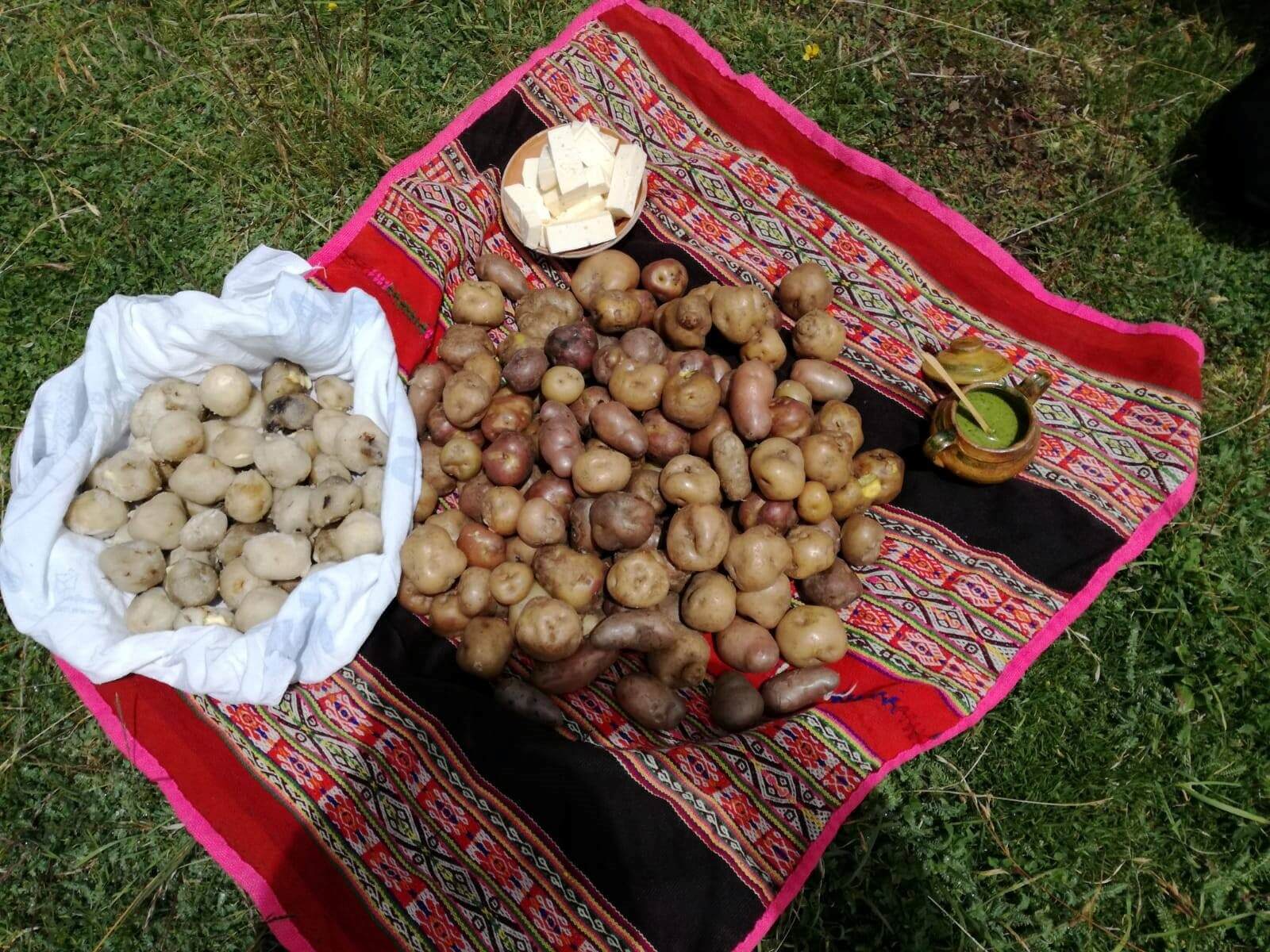 A potato snack was provided for us. The white potatoes to the left were the mentioned freeze dried ones, soaked and prepared with cheese inside

Biological and cultural diversity, including valuable local knowledge, is at risk, too. Our hosts in the Potato Park told how Peru had a moratorium against Monsanto, a multinational agrochemical and agricultural biotechnology corporation, for 10 years. This expired recently, and they now fear the entrance of the mega-corporation, today merged with another chemical-giant, Bayer, on the Peruvian market. Their genetically modified tubers will pose a risk to the diversity of the potato in the Andes, and their foreseen accumulation of land and common resources, such as water, may well threaten the hard-won independence of the smallholders gained after Peru’s agrarian reform. 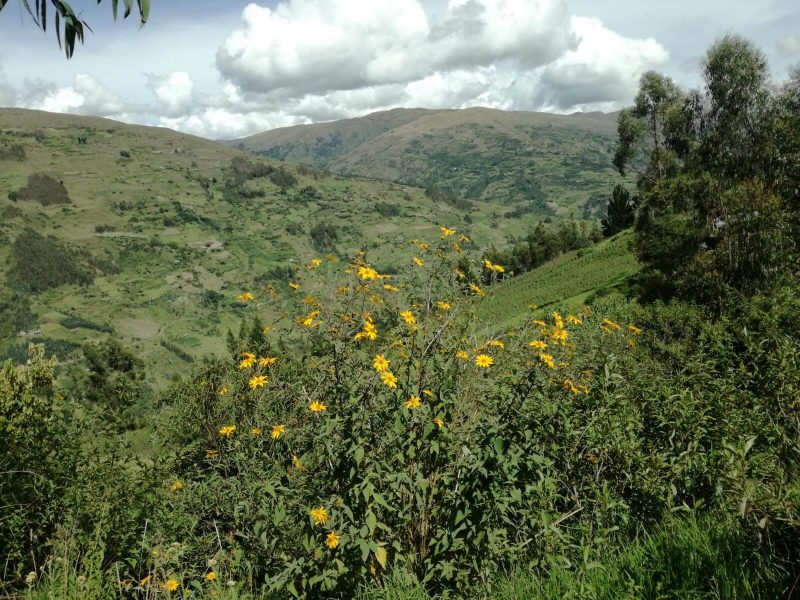 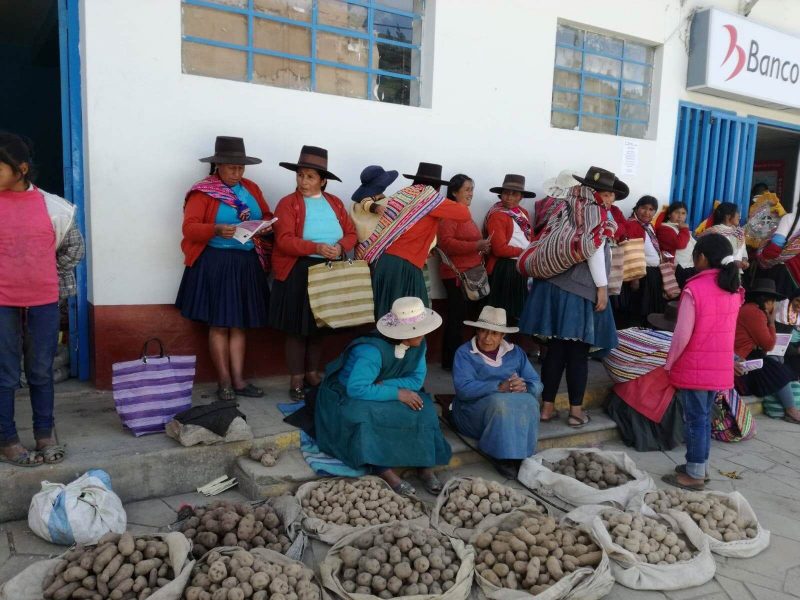 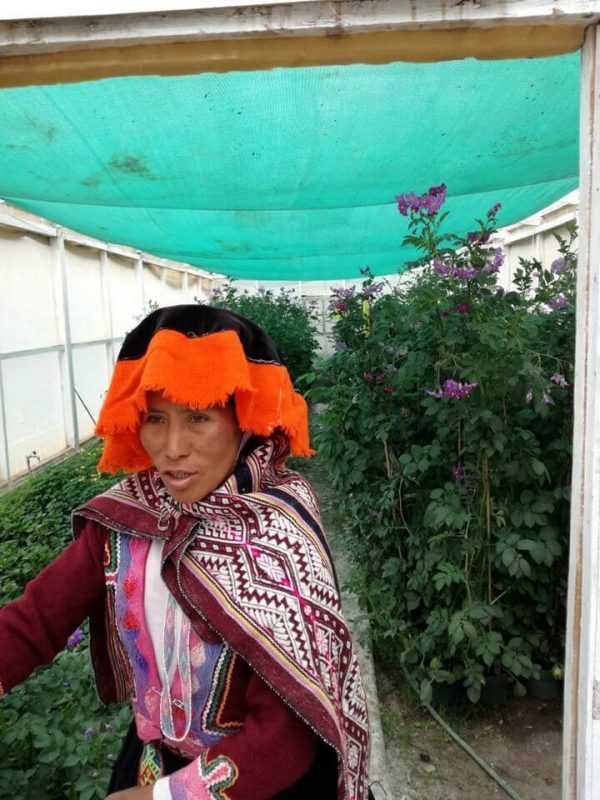 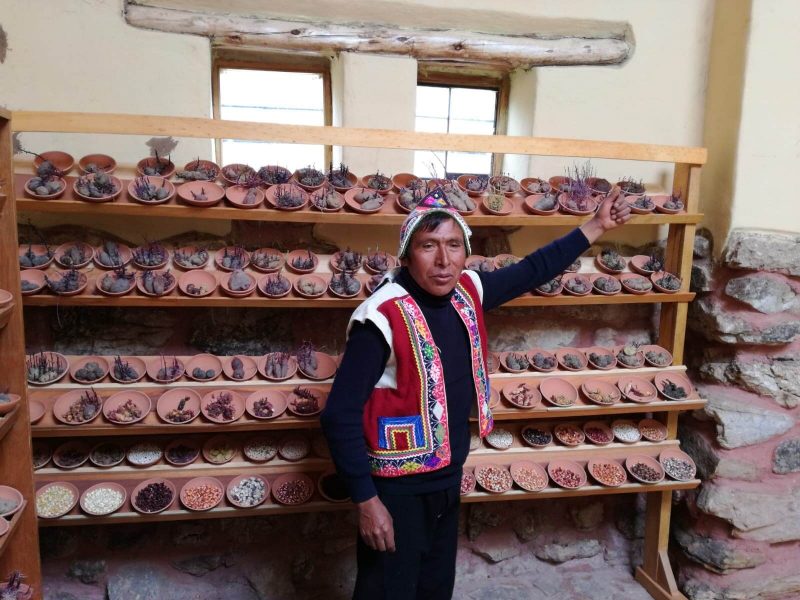 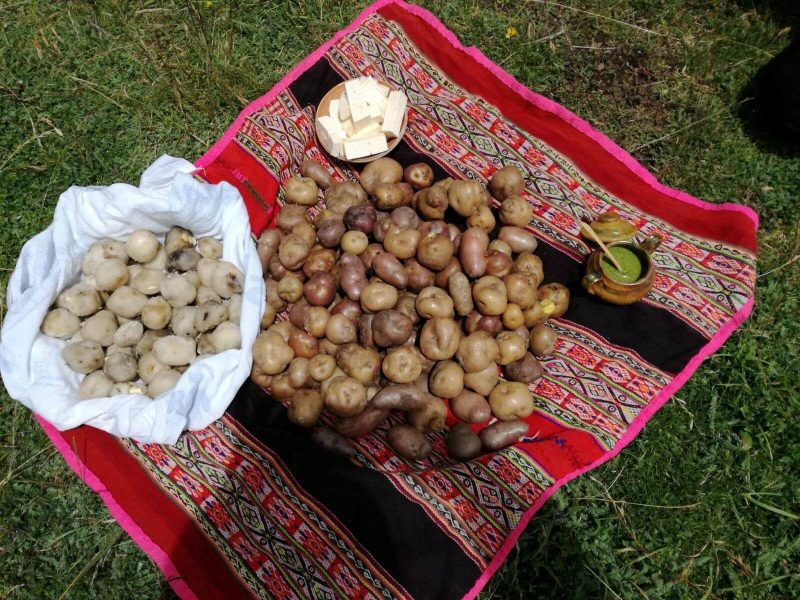