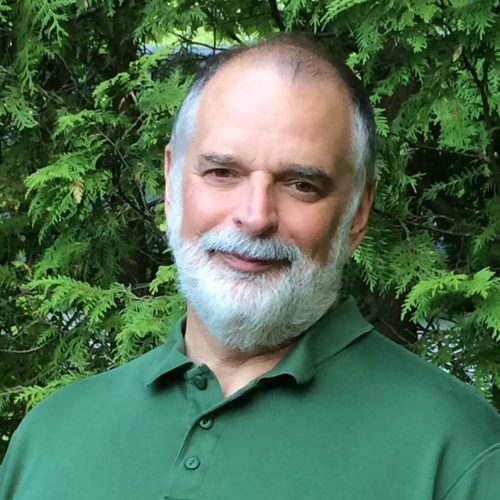 This is the very first post from the new SFS Center for Climate Studies in Puerto Natales, Chile, right on the doorstep of Torres del Paine National Park in Patagonia. We have been busy getting the Center ready for students and exploring some of our research sites. There has been much to do and we were excited to finally welcome the first ever cohort of students just a few days ago.

The Center is located right in the heart of town, which is filled with small shops, restaurants, and outdoor outfitters. Puerto Natales is a small city that balloons with turistas beginning September 1st and we are witnessing the transition to the busy season. Already, more shops, cafes and hostels are opening and with the slightly warmer weather, more and more folks are seen on the street. The sidewalks are bustling until the midday siesta, when most businesses close for a long lunch. Within walking distance are several city parks, gymnasiums, and a bike path along the harbor. The mountains that tower in the distance are a constant reminder of all that lies beyond the town, and the opportunities to learn from this incredible landscape. Coinciding with the tourist season is the wind season. The winds are starting to pick up and we have had wind gusts up to 50 kph (30 to 40 mph). We expect more in the weeks to come. 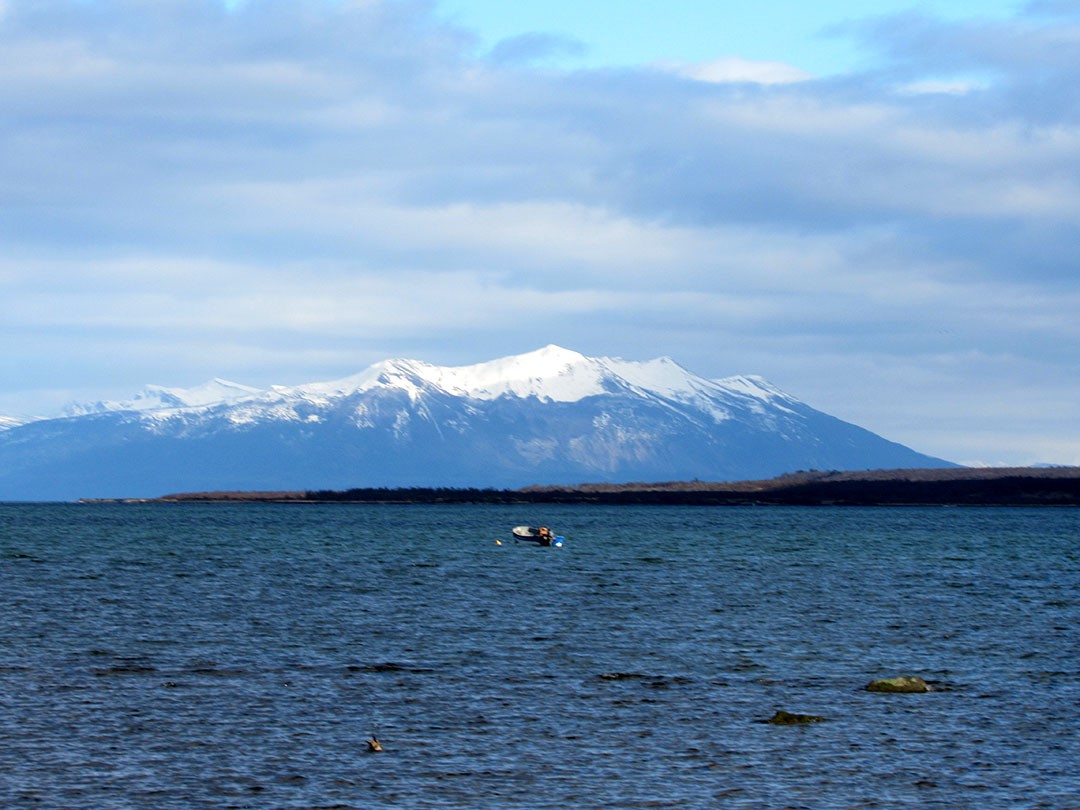 view from the harbor, just a few blocks from the Center

Just a short distance outside of Puerto Natales is the cave where a complete Mylodon skeleton was found. An ancient ancestor of the ground sloth, it is the mascot of the town. Not only can you take pictures next to the statue at the cave, but there is a statue in town as well. 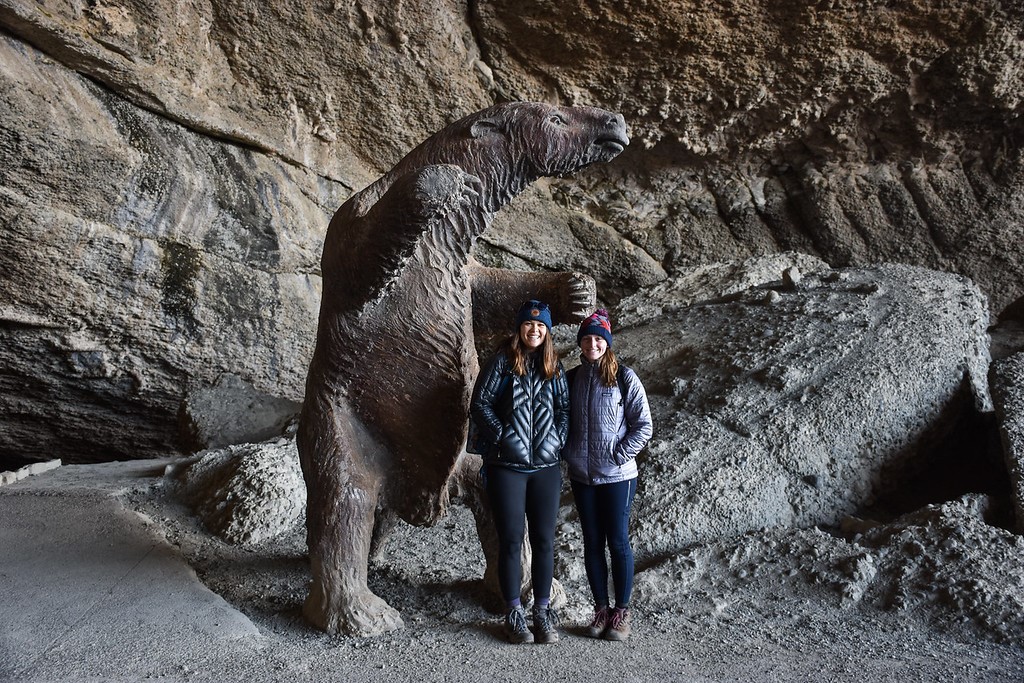 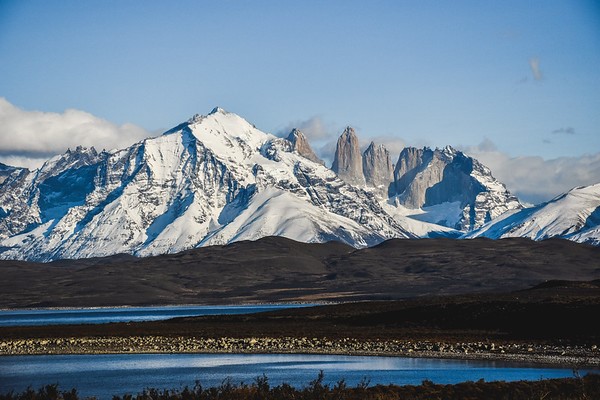 View of the towers in Torres del Paine. The lake in the foreground is Lago Soriento, a lake dammed by a moraine deposited when the glaciers in the area were receding.

On the early spring reconnaissance trip to Torres del Paine, we saw a kettle of Andean Condors (Vultur gryphus), maybe 40-50. They are huge and so impressive. Farther down the road we saw several Darwin rheas (Rhea pennata), two males fighting over the group of females There was a lot of biting at each other and as they were starting to separate there was a kick or two. The females were not impressed. 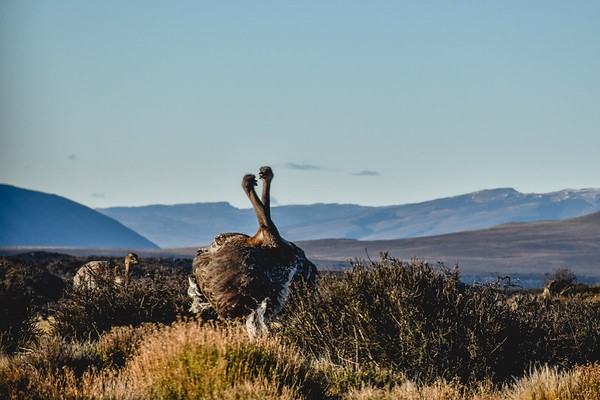 There was a flamboyance of Chilean flamingos (Phoenicopterus chilensis) in one of the lakes, and many, many guanacos (Lama guanicoe). The herds of guanacos are wary and support an abundance of pumas (Puma concolor) we are told. We did not see any pumas on this trip and hope to only view them from a distance. 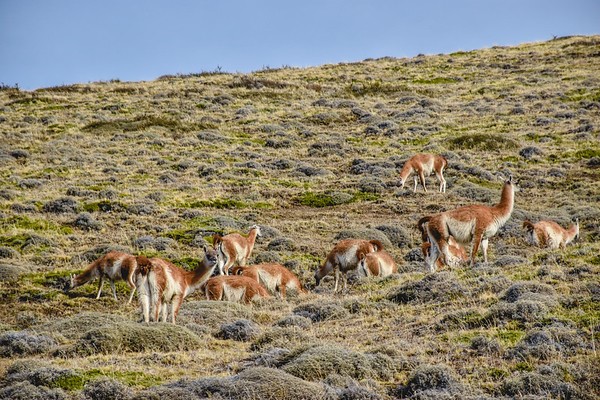 A small herd of guanacos 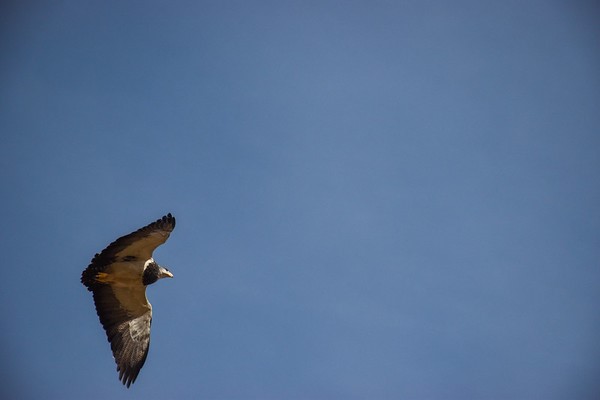 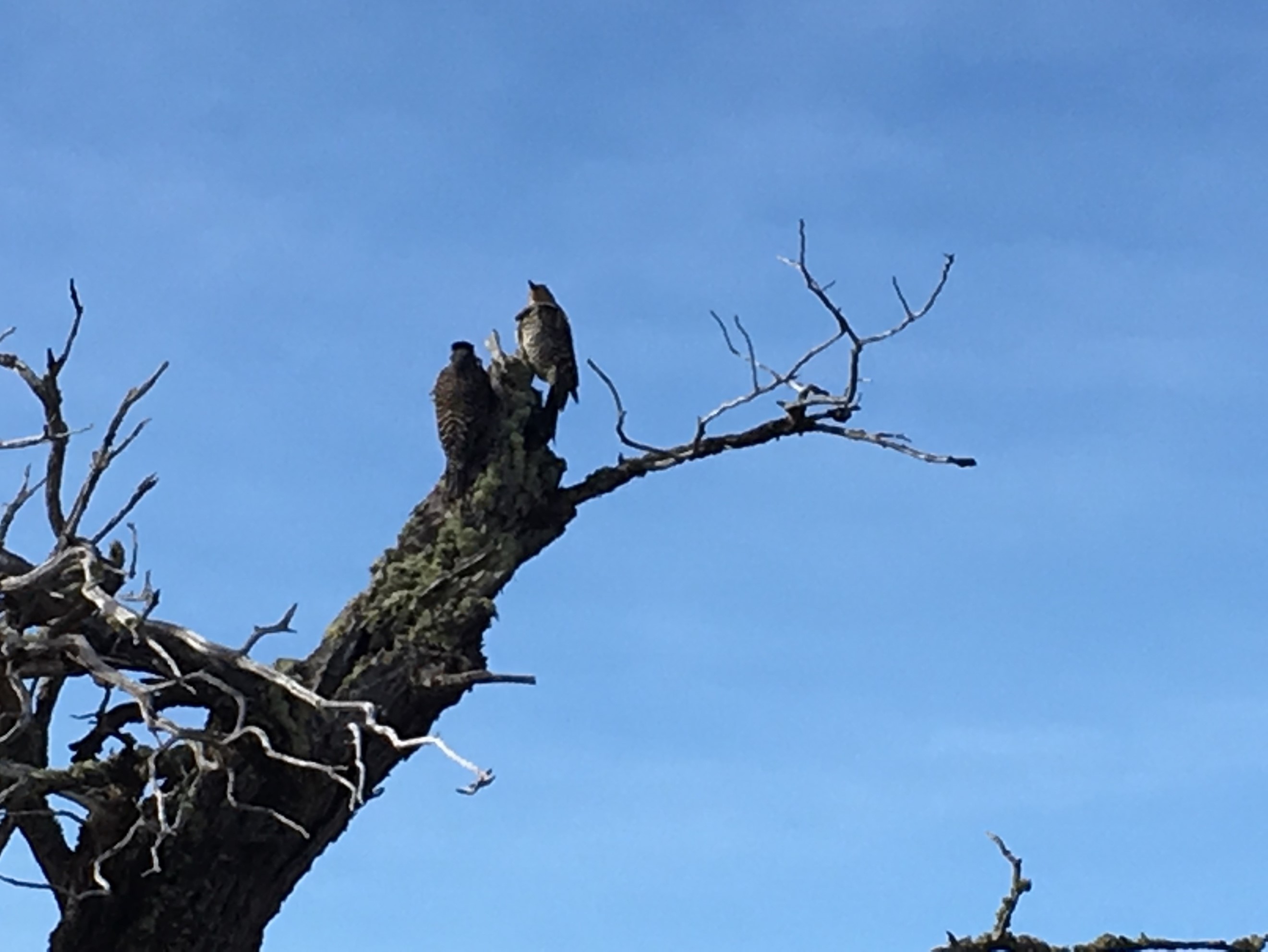 During the final week of the semester the students will be doing field work in Patagonia Bagual, a privately-owned area just outside of Torres where the owners have been studying the wild horses for many years. The opportunities for research are many and varied. 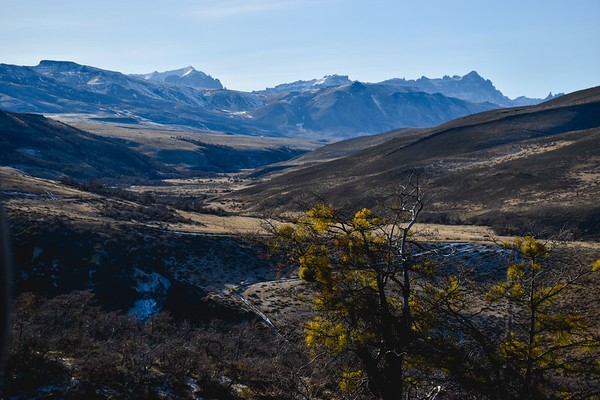 SFS is a different kind of study abroad.