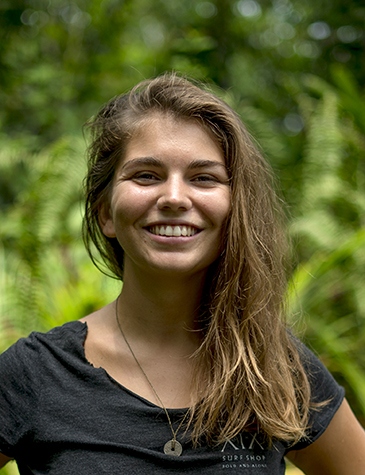 Directed Research in the Peruvian Amazon

With only 2 and a half weeks left of the semester, we are already halfway through the Directed Research (DR) component of our program, meaning the data collection phase is over and students begin their analysis, writing, and preparation for community presentations.

This semester’s research across all DR groups shares a common thread and is particularly focused on a government reforestation project taking place alongside the Iquitos-Nauta highway. 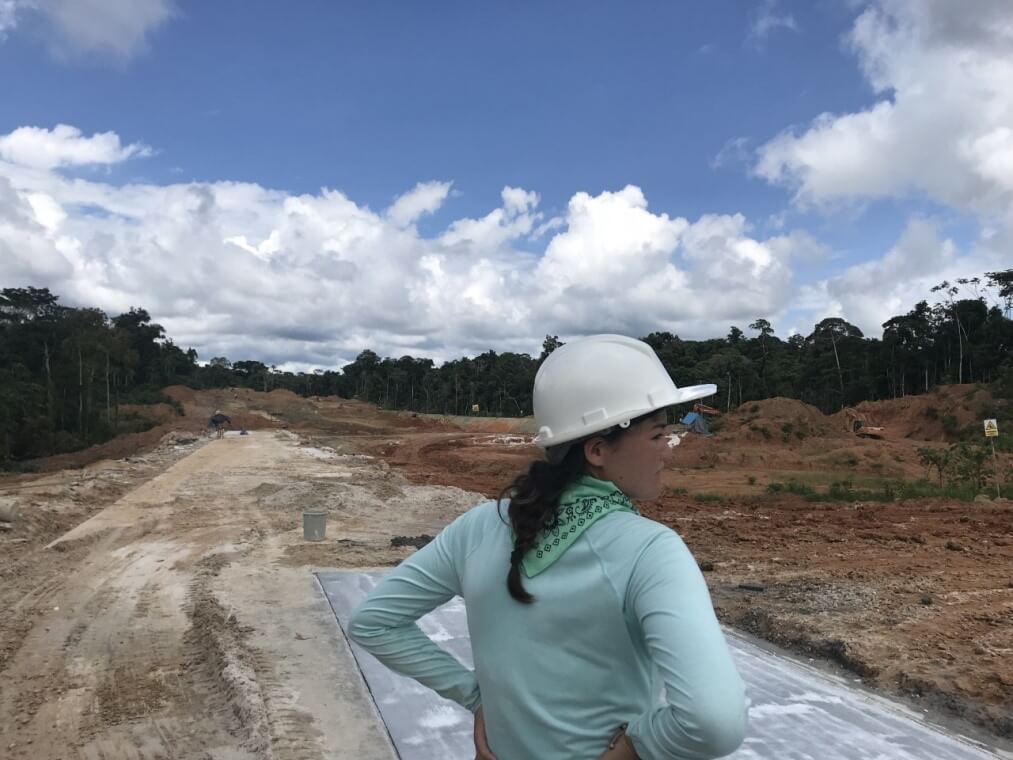 Student Kayla Takakura visiting an area of land that has been deforested to become a landfill. Photo courtesy of Rachel Cohen

For some background, our Center for Amazon Studies (CAS) is located roughly in the middle of the 90km highway which connects the “island” city of Iquitos (the largest city in the world that is not reachable by road) to the fishing village of Nauta.

The highway was completed in 2001 and there has been a drastic change in land development and land use in the areas surrounding the highway since its existence.

The markets in Iquitos that were three days away by foot are now only two hours away by van. Furthermore, migration to rural areas from the city has increased significantly since the highway has been constructed. 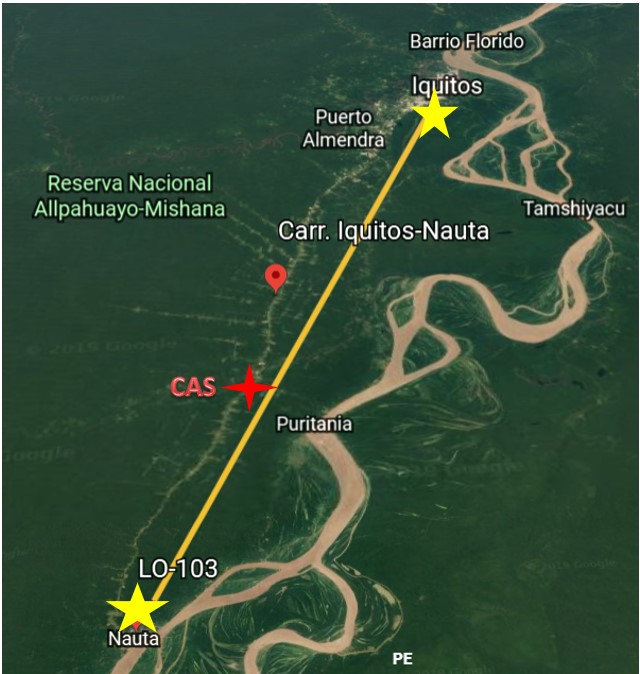 Unfortunately, deforestation alongside the highway has augmented in recent years in correlation with rural migration and the development of the highway. In recent studies, the dominant driver of deforestation in this particular area has been identified as small-scale farming, but other important drivers include charcoal production, timber extraction, and conversion of forest to pasture.

As a result of the drastic rise in land degradation and deforestation, the regional government has budgeted $6.5 million USD for a reforestation program along the highway called the “Proyecto Reforestación Carretera Iquitos-Nauta” (PRCIN), which aims to reforest 1,704 hectares of land adjacent to the road.

This program entails forestry engineers working side by side with land owners and small scale farmers in implementing agroforestry practices into their agricultural plots. While the government is responsible for providing the seedlings of strategically chosen plants (such as high economic value timber and fruit trees), the farmers are responsible for the care and maintenance of the plants.

The Political Ecology group’s research seeks to evaluate the reforestation program in its primary stages of implementation and understand several key aspects of the project that will affect its success.

By interviewing participants and non-participants in the project, they have spent their data collection phase searching to understand local perceptions of the costs and benefits of participating. Why have they decided to participate? Why have they decided not to participate? What environmental or social benefits do they foresee with such a project? Furthermore, this group has also sought to understand the economic incentives such a project can provide given the local framework of forest regulations in the Peruvian Amazon. After interviewing members of adjacent communities who are either participating or not participating in the project, this group would return to the center to transcribe, discuss and converse over what they have heard. Now, they begin to thoroughly analyze their data. Ultimately, the research that they will present in the upcoming weeks will help shine light on aspects of the project that are working, that are not working, and what aspects could be improved. 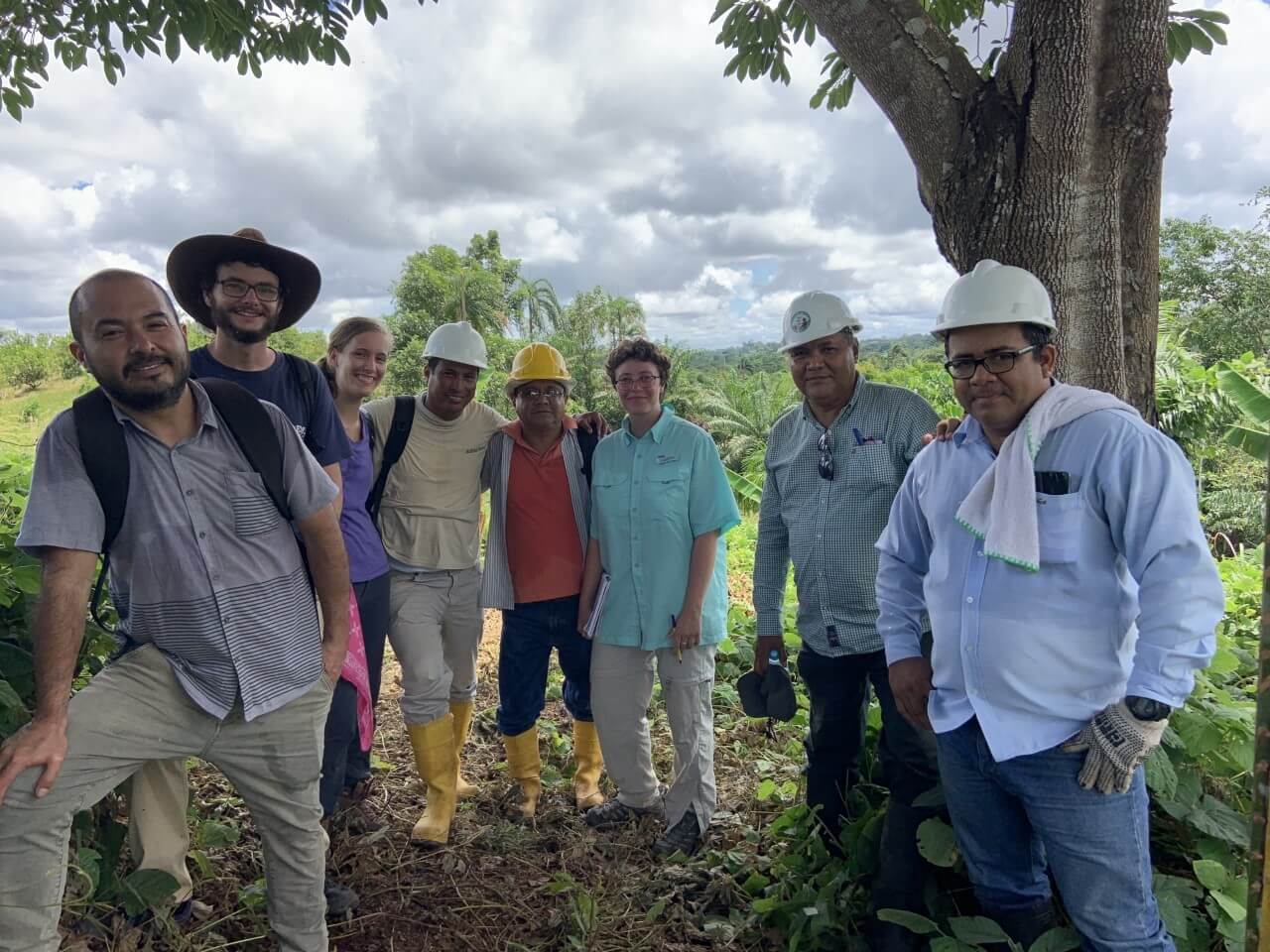 For our Conservation Science DR group, their past two weeks have consisted of walking and taking mototaxis to collect data that will determine the current main drivers of deforestation along different sections of the highway, as well as what areas are more susceptible to further deforestation.

Overall, they have observed 30 different sites (along the highway and other unpaved roads) to identify the deforestation driver for each plot.

Through on the ground observation, they have conducted 200m transects which have allowed them to determine whether these land-use changes are increasing conditions that favor fire on the landscape. With the help of Geographic Information Systems (GIS) as well as interviews, they will create a spatial representation of land use patterns and analyze trends. 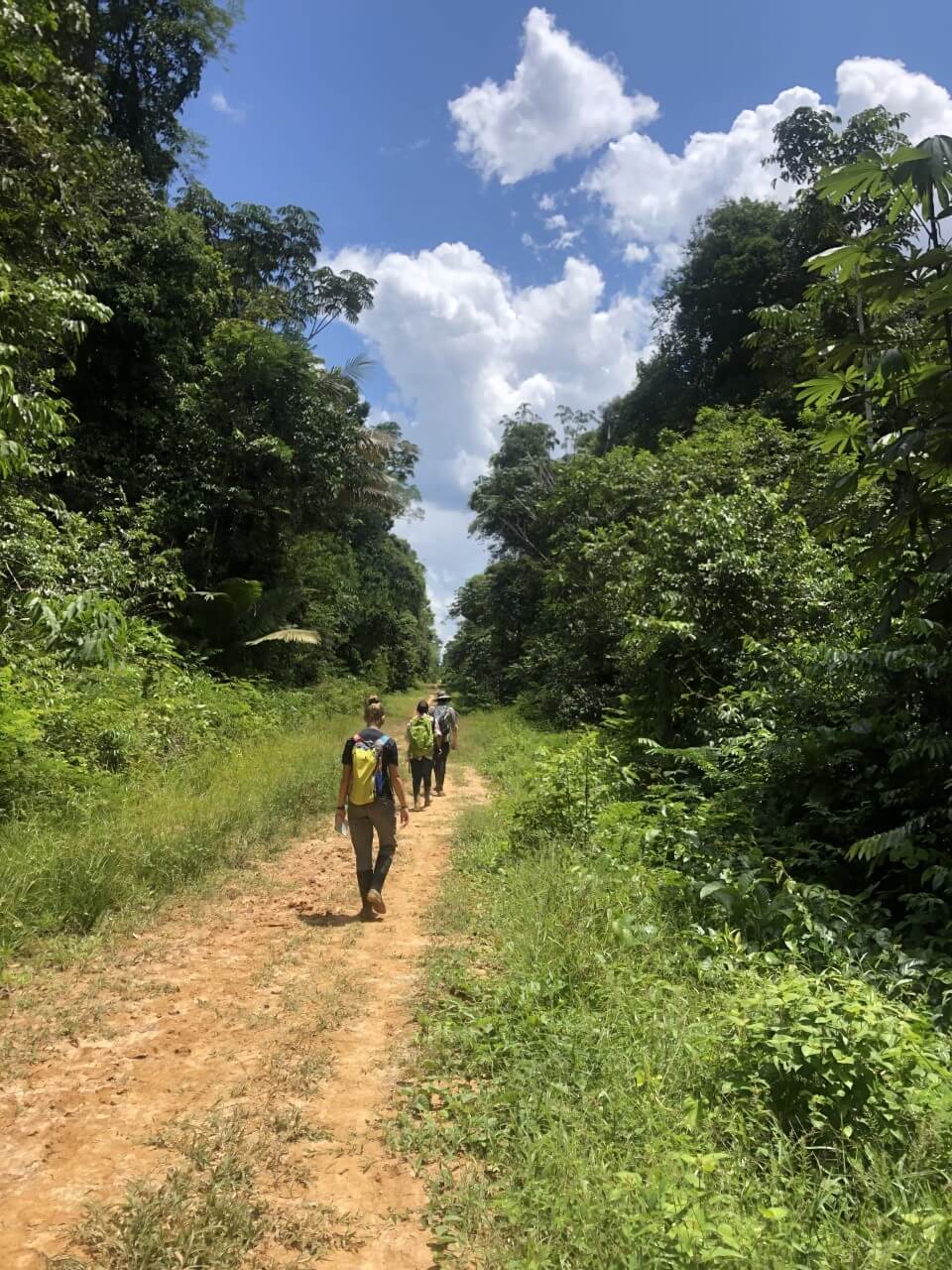 Lastly, their collected data will help them explore the degree to which the reforestation project can help mitigate deforestation.

In two weeks from now at the community presentations, they hope to share their findings with landowners to help inform them of the effects they have on the land by presenting information and proposing suggestions that could help them conserve land in the future. 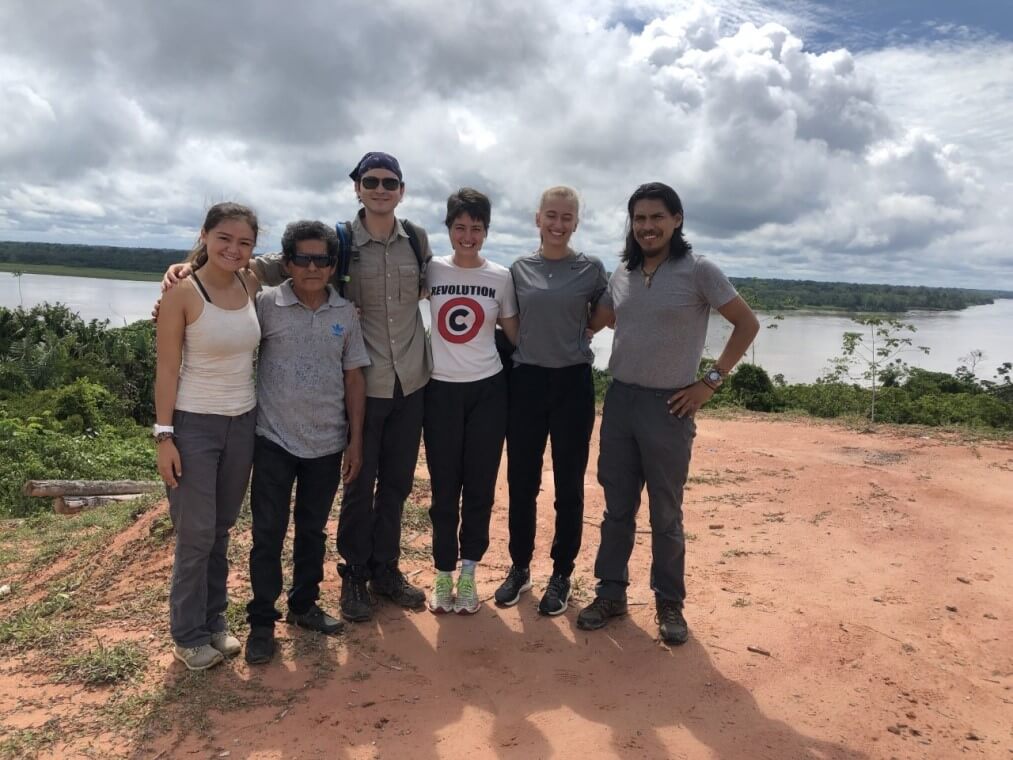 Conservation Science group photo in front of the Amazon River

The final DR group is the Tropical Ecology group. Because of the increase in deforestation due to farming, charcoal harvesting, conversion of land to pasture (amongst many other land use strategies) there has been in increase in secondary forest cover on land. In many parts of the Amazon, once land has been cleared and farmed for a number of years, unproductive agricultural plots are left to regenerate and naturally become secondary forests.

Members of this group have spent days out in the field walking kilometers on trails and through forests, under rain and shine in order to better understand the impacts land use has on forests and forest regeneration after abandonment. Agroforestry systems (like the one proposed by the government project) differ in composition than the natural secondary forest regrowth, and differences in land management may ultimately affect above ground biomass and carbon storage of the landscape. One of the main questions this group asks is: Are there significant differences in structure between agroforestry systems and naturally regenerating forests of the same age that could affect their carbon storage?

By collecting data in secondary forests, agroforestry areas and other land use types in areas around CAS and the surrounding community, the upcoming week of data analysis will allow them to answer their questions. 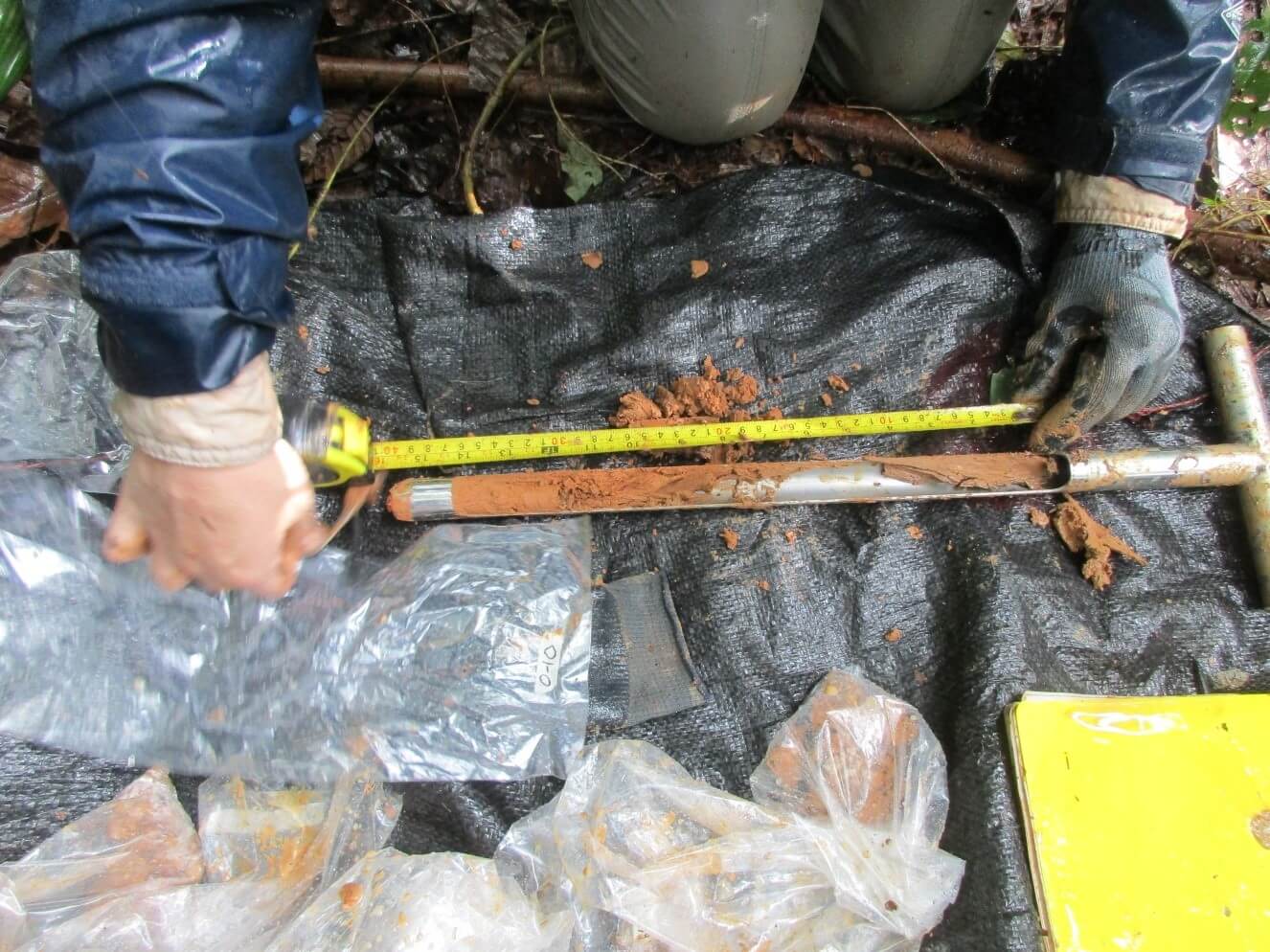 Ultimately, their findings hope to help improve the mechanisms of the project by demonstrating that certain parts of secondary forests could potentially be beneficial in regards to their carbon storage. For example, small woody stems (a characteristic of secondary forests) which are traditionally cleared in agroforestry hold descent amounts of carbon. Their research may demonstrate that keeping small woody stems in agroforestry plots could be beneficial for carbon sequestration.

Overall, as a member of the SFS staff, I am so proud of how much work and energy our students have put into their projects this far. It is inspirational to see so many people so focused on improving the state of the Amazon, and ultimately, the state of the planet. Well done SFS.