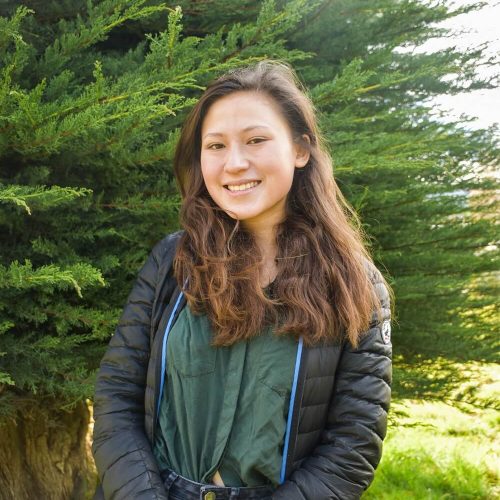 I’ve never been a runner, but I’ve always believed that the best way to learn about a new place is on foot, and the fastest way to travel on foot during a small window of time is usually at a run.

When I submitted my application for SFS Chile, my only thought was of the outdoor adventures we’d partake in. I dreamt of the towers of Torres del Paine, the fierce wind at Cape Horn, crèches of penguins in Tierra del Fuego, and the rainforest on Chiloé Island. The town of Puerto Natales, where I’d be spending most of my time at the SFS Center for Climate Change, remained an afterthought. On September 8th, I headed to the airport with three goals: to complete the W-Trek in Torres del Paine, to narrow my path in environmental studies, and to learn something about myself.

One thing you’ll quickly find out in Puerto Natales is that for any hike or outdoors activity outside of the city, you’ll probably need to spend a little money to get there. Too lazy to figure out transportation, I decided to use our infrequent Sundays for exploring Puerto Natales instead. It isn’t large, but one can easily spend several hours walking or running through town, still not seeing every restaurant, tucked away bakery, or brightly colored house. 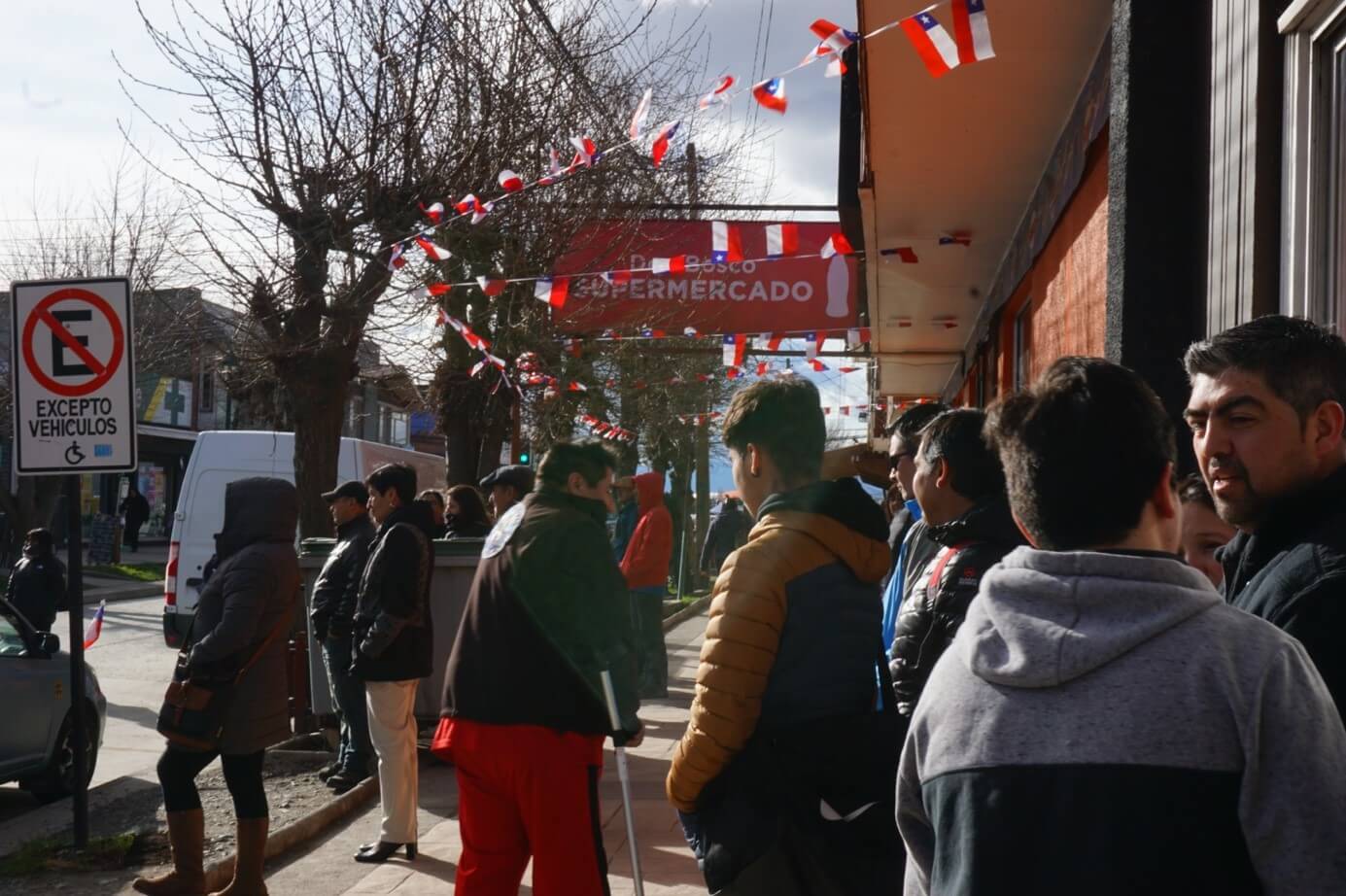 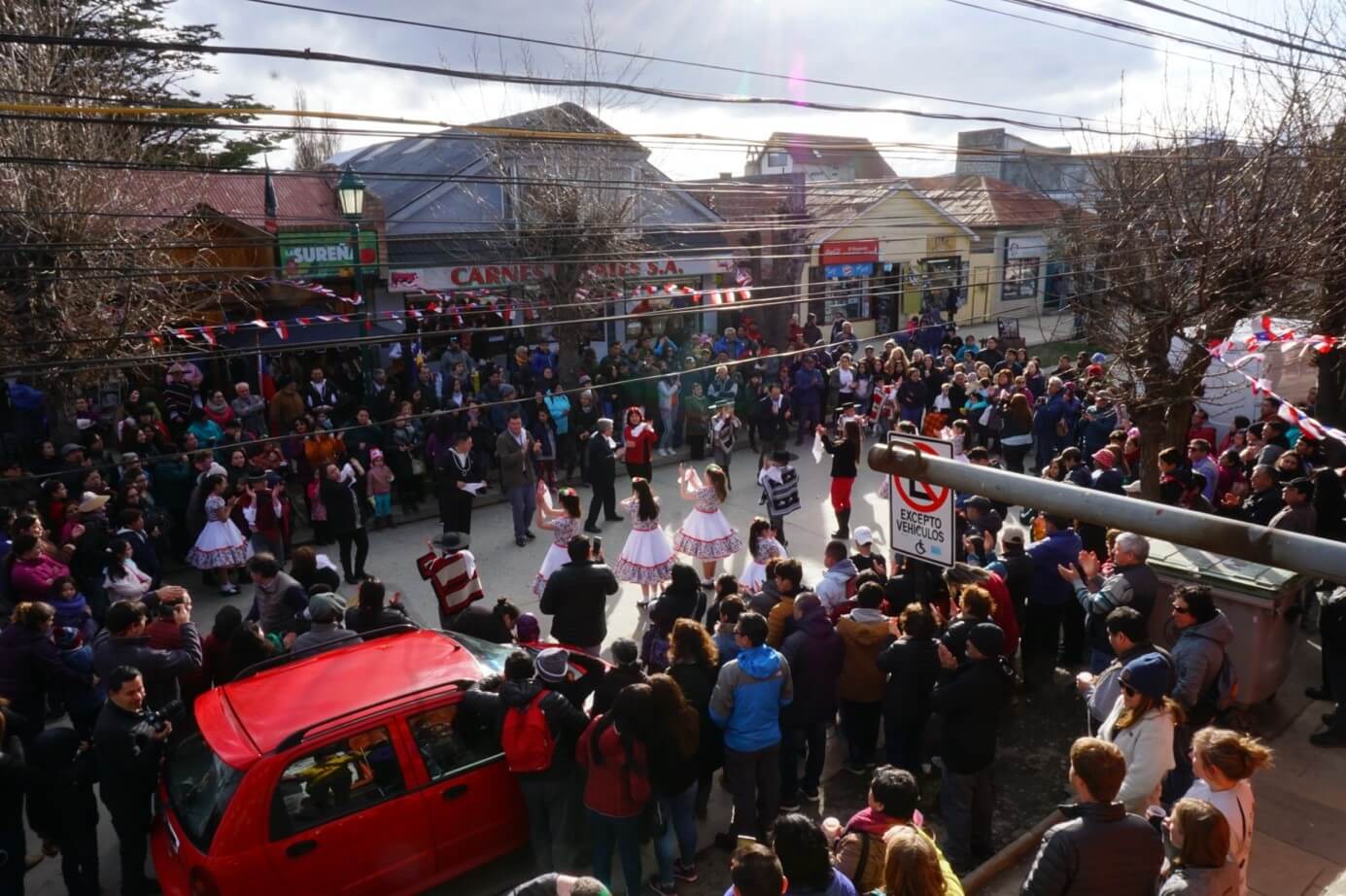 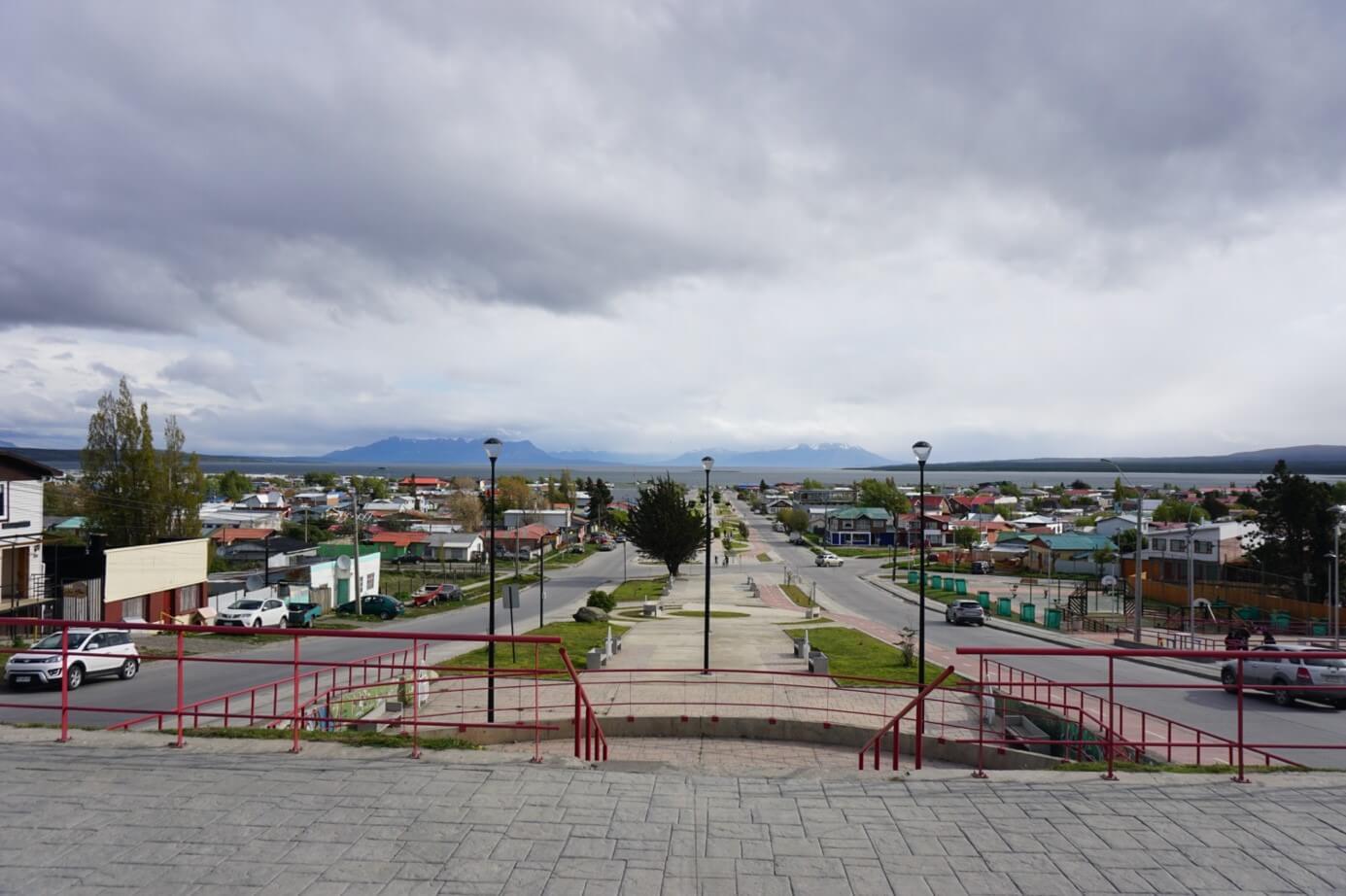 When I run, I run without headphones to hear the sounds of Puerto Natales. I make observations on the streets that I go down, never hesitating to make a stop to check out something new. There’s the bakery on a street corner I’ve been meaning to try but never have. A large cross that overlooks the tin houses of the city on the hillside below it. Alven’s Gelateria, where the staff teach me Spanish while serving up the best Arroz con Leche ice cream I’ve ever had. The old boat yard, where cats sun themselves on painted wooden decks of red, green, and blue. The swing set by the water, half destroyed, where the wind is so strong it acts as a person pushing me up, up, and away over the Andes before me. 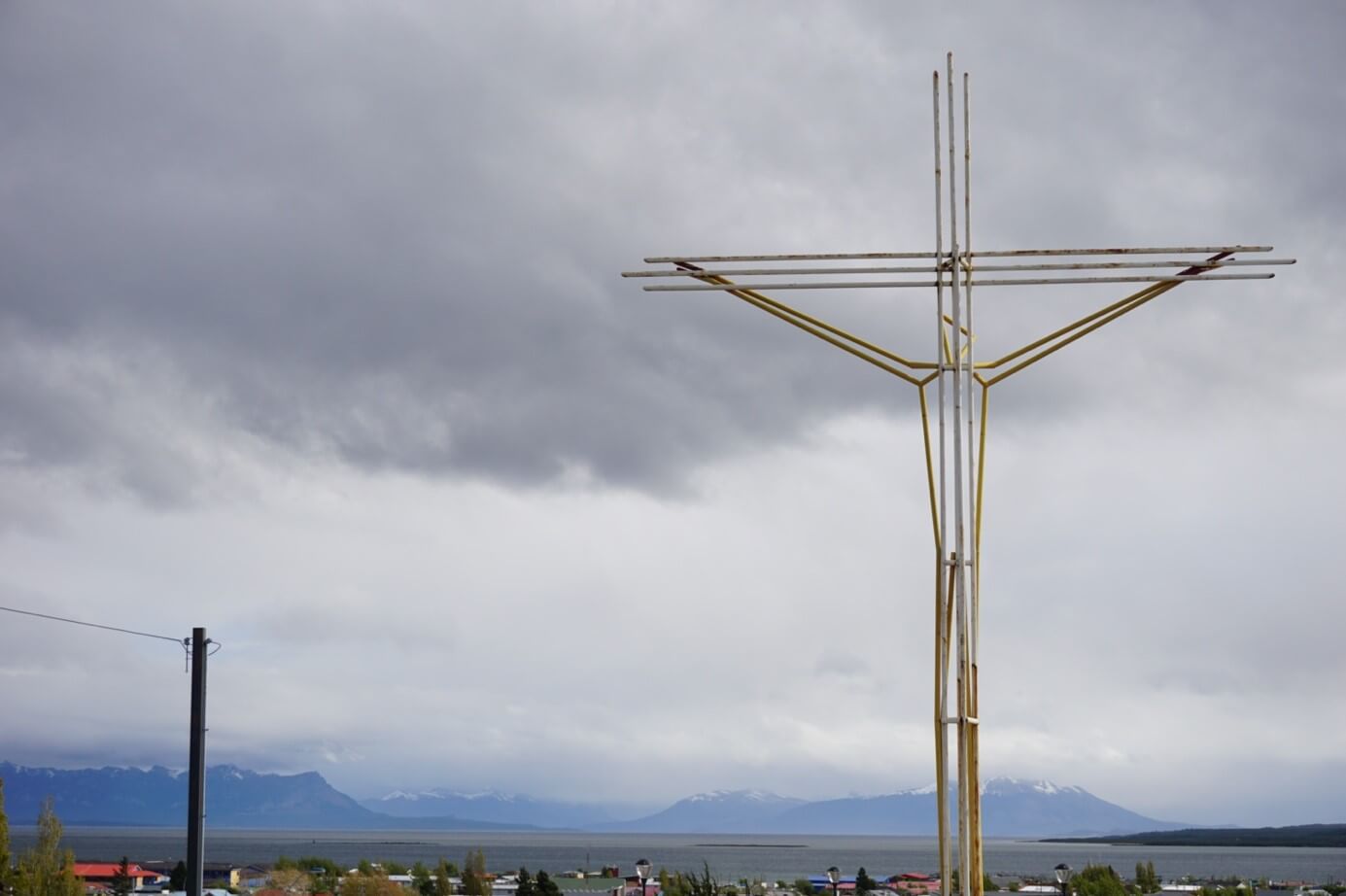 When I go south I pass horses grazing before row houses. The smell of fish is strong here, and swans dot the shoreline, flipping up their butts as they scour the water. Going north, I head through quaint Puerto Bories, which houses an old freezing factory, since converted into a luxury hotel. Puerto Bories feeds into Route 300, a dirt road that meanders past pastures of juvenile calves and horses. Occasionally, a gaucho rides past and we greet with a brief “Buen dia.” On Route 300, the sun illuminates the grass a gentle gold, and low-set clouds provide stark contrast to the dark mountains leading the way towards Torres del Paine.

In Social Dimensions of Conservation we’re asked to reflect why we find special value in “untouched” nature, and why we were drawn to come study in Patagonia. Why was my study abroad decision based on mountains and glaciers, and not on culture and society? Why did I believe that a Sunday spent hiking would be time better spent than a Sunday exploring town? Why did I not take the time to learn Chilean culture before coming here? I find myself asking these questions as I progress through this program.

Midsemester is a good time to reflect on goal progression. These past two months have afforded me opportunities to learn about Chilean history and culture, and I’ve only just covered the tip of the ice berg, so to say. The more I learn, the more I want to find out; on trips we go on I find myself disappointed when our time spent learning in nature isn’t balanced with time learning about local culture. In this, I’ve finally realized and accepted my passion for the social sciences, and I’m excited to continue to study the parallels between humans, culture, and environment when I return to Mount Holyoke College. In addition, I’ve learned through my jogs and wanderings in Puerto Natales that the feeling of being present, calm, and curious that I often find when hiking isn’t limited to just the trail, but a state I can find and channel wherever I am, be that city or mountains. So let me recommend, as you choose where to spend your four months overseas, to take time to think about why you’re compelled to go there, to learn about each country you’re considering before committing, and then leaving yourself open to being surprised.

Over midsemester break, I completed my goal of hiking the W-Trek. There is a magic about Torres del Paine that makes even the steepest of hills at 5am bearable, when the stars shine overhead, the Torres lie before you, and a first peek of the sun is visible over the horizon. The memories I made on the W will last me for a lifetime, but so will the memories of ice cream at Alven’s Gelateria, discovering the view from the lookout in front of the cross, and jogging down a bicycle path with my favorite street dog. Many backpackers on their Patagonian trip say Puerto Natales serves as just a gateway city to Torres del Paine. At SFS you’ll get to stay a little longer. It’s worth it – and make sure to go on a jog. 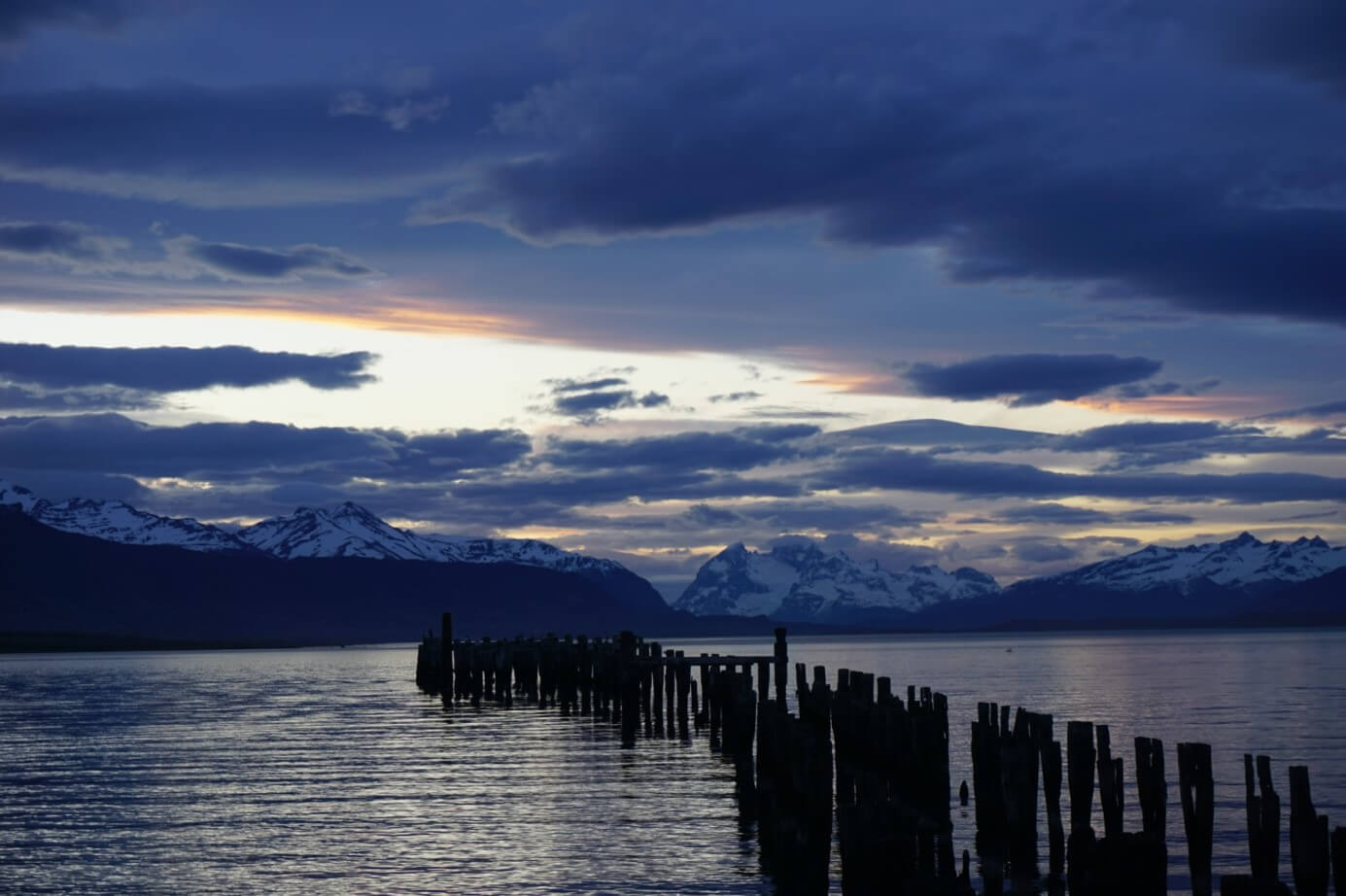