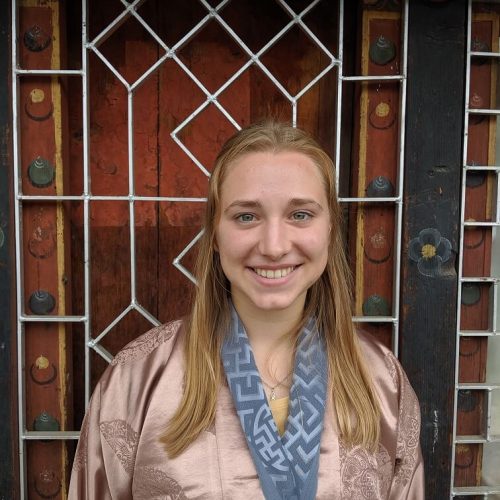 The Himalayas at Sunrise

At my back, a weathered stone meditation hut canted, the flutter of its prayer flags coloring the breeze. At my feet were a spattering of ground-hugging flowers and fragrant, miniaturized rhododendron. A simple head swivel or pivot around revealed an unobstructed panorama of the undulating alpine ridge we’d just hiked and surrounding mountainous terrain that, for the past two months, I have come to call home. In all directions Bhutan’s hazy blue slopes rose and fell, densely layered and silhouetted against the horizon. To me, each ridge could have easily been the rugged, rippling spine of a thunder dragon.

Seldom have I ever felt such a natural affinity for a place—I could have remained there, in that blip of time, indefinitely. At the highest point along the ridge just north of Chelela pass, I was in my element. I was carefree and contented. If I’m right, many of us at Chelela that morning felt similarly; there was much awe, joy, and gratitude to go around. 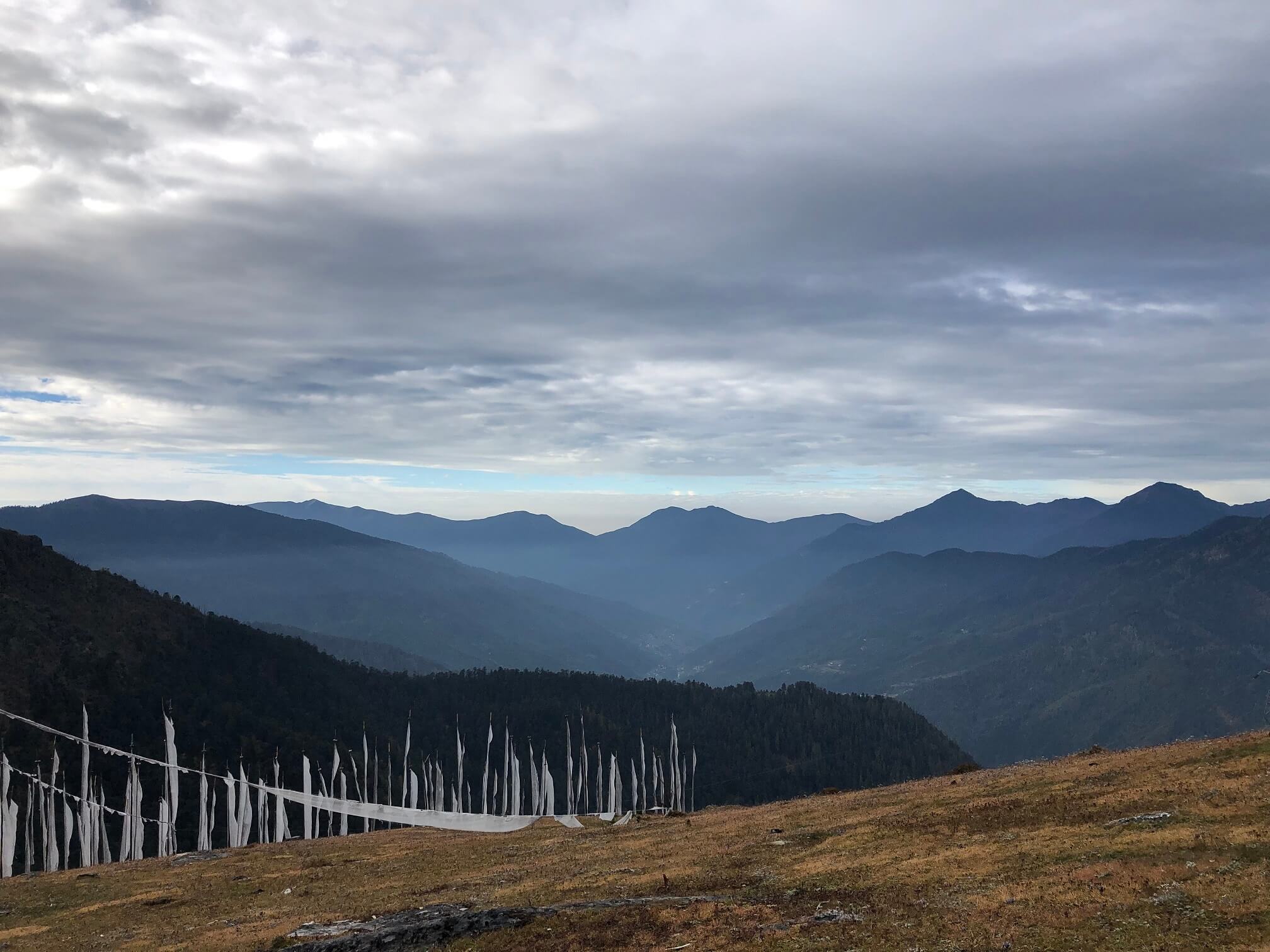 We’d made considerable effort to be there in the first place. It was a roll-out-of-bed-at-4:15 a.m. kind of Sunday, but most of the SFS Bhutan center had agreed enthusiastically to some optional early morning birding. So there we were, drowsy-eyed and bobbing along Paro’s mountain roads as the sun rose. Halfway up, my eyes blinked open enough to catch sight of the cloud underbellies, kissed first by the softest pink, then set ablaze in volcanic fury as the sun emerged from behind the ridge. By then we were all awake, too entranced to peel our eyes from the familiar landscape, made new in the morning light.

Chelela, a sacred mountain pass and popular tourist destination in Paro, is somewhere we’d been once before. The first time, we shivered among thick white clouds and a whipping wind; the lack of panoramic views, however, took nothing from our surreal experience amidst the tangled maze of prayer flags strewn up-slope of the pass. 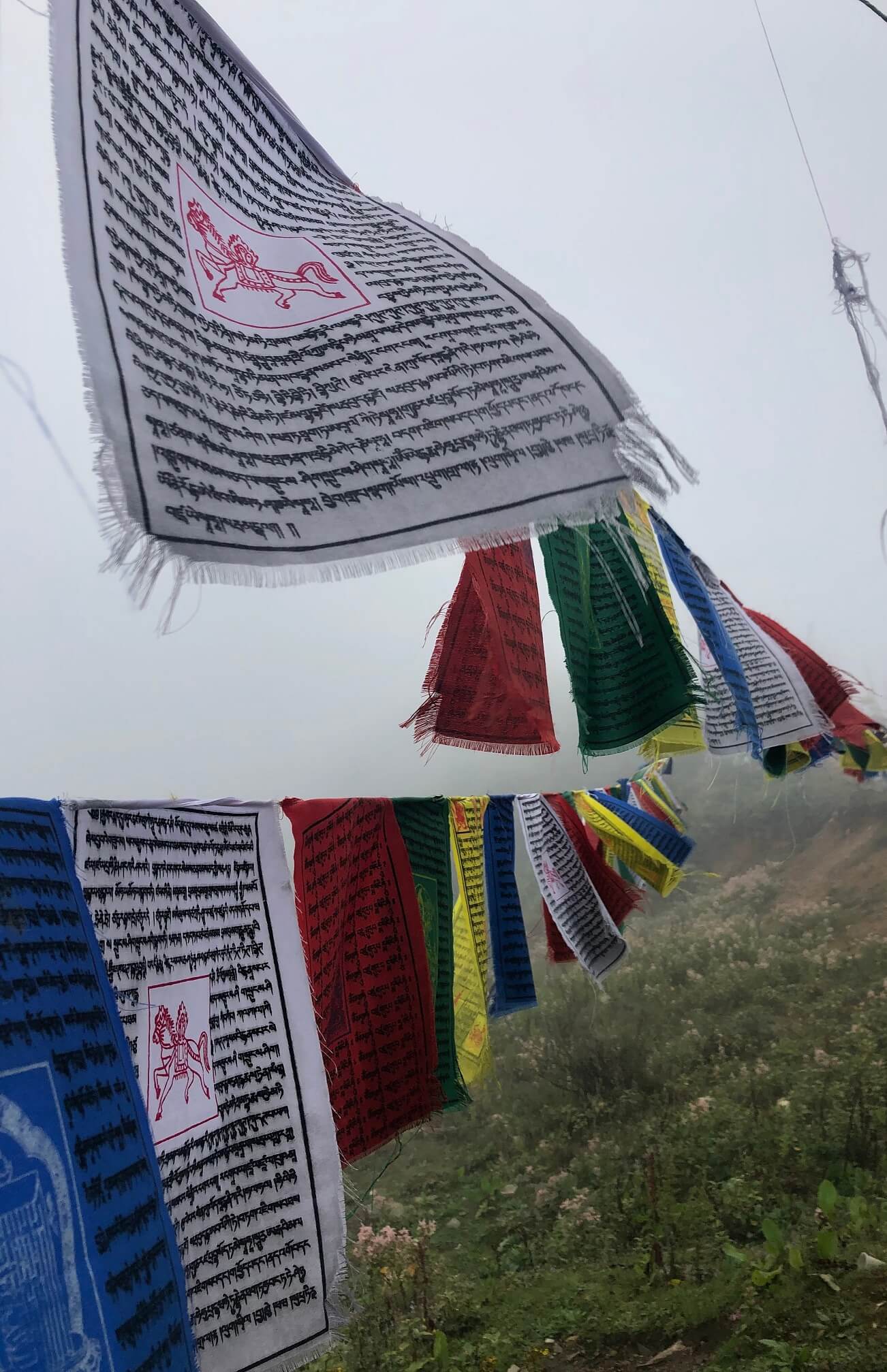 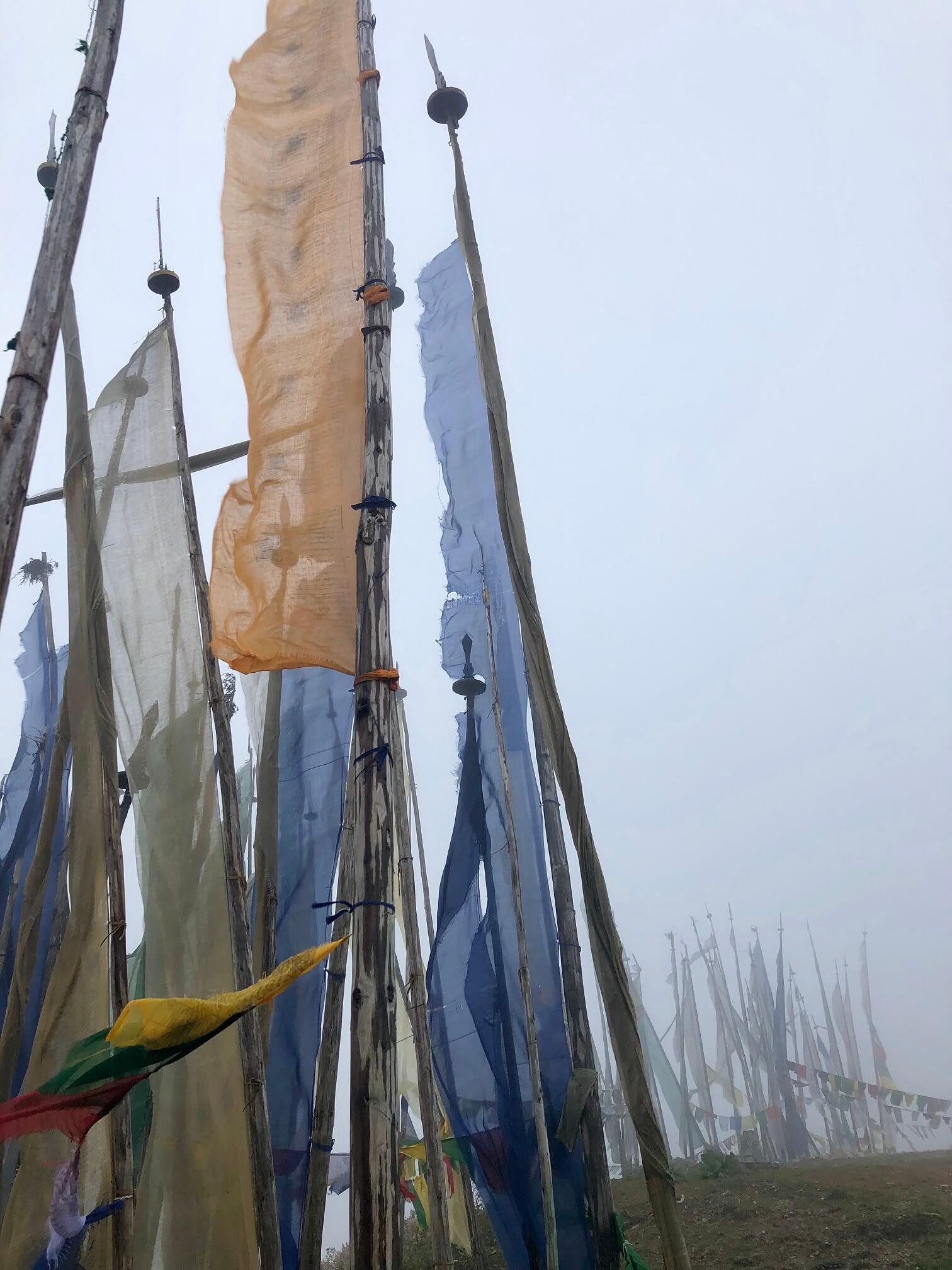 We forgot our birding mission perhaps a little too soon after we’d disembarked from the vehicles. In awe of the crisp, clear morning at 4,000 meters above sea level we ambled onwards and upwards. One of the greatest collective discoveries of the day began with, ‘Whoa! Where did those snow-capped peaks come from? We’ve been how close to the High Himalayas all this time?’ Sure enough, that high up we could see the sublime snowy peaks that erupted from the northern horizon. Just beyond that, we were told, was Tibet.

At elevation, the hike itself left my heart thumping and an oxygen-starved burning in my quads. But the views were good and the company better. Five hours passed in the blink of an eye, and we descended in high spirits, greeted at the road by a growing throng of tourists. We chatted, laughed, and sipped our milk tea until the time came to depart. (It was agreed the milk tea, compliments of Dr. Kuenga, was unquestionably the best darn milk tea we’ve had thus far.) 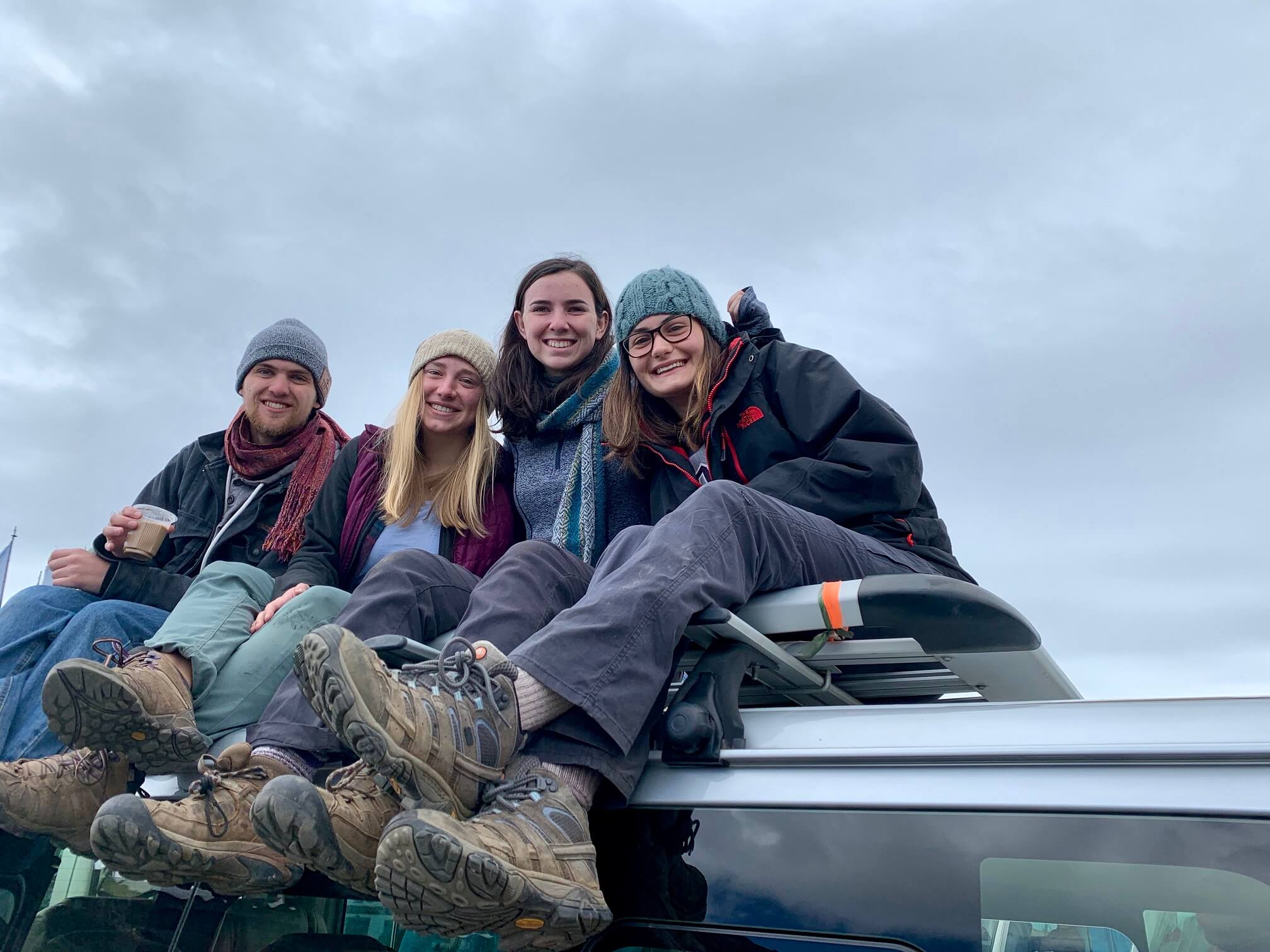 Such are the memories that make life worth living. It is the simple joys, the shared moments, where we can simply be—be alive, be human, be present and in awe of something greater than ourselves. I have the utmost gratitude for my status as an SFS student here in Bhutan. Part of me is still grappling with how insanely fortunate I am to be in this country, learning from and alongside the most incredible of people. The fact is, every day here can be a new experience. Whether local business owners, government officials, farmers, or Bhutan’s foremost experts, we never know who we may meet. Our frequent travels take us throughout the country, but even a short drive within the Paro dzongkhag (district) reveals seemingly new landscapes.

One thing I often do is take an imagined third-person journey, a mental Google-Earth-zoom-out, if you will. It puts things in perspective for me. I can grasp the context, the geography, the distance, and the reality of where I am even when my gravity-bound person can’t appreciate the larger view. I did it that day at Chelela, and as the earth fell away in my mind, I couldn’t fathom any place I’d rather be. The trees, the cities, and the mountains, too, shrunk and merged until Bhutan was a cohesive entity. In my mind’s eye, the vast spans of continent and ocean spun beneath me and for the moment, all was right with the world. 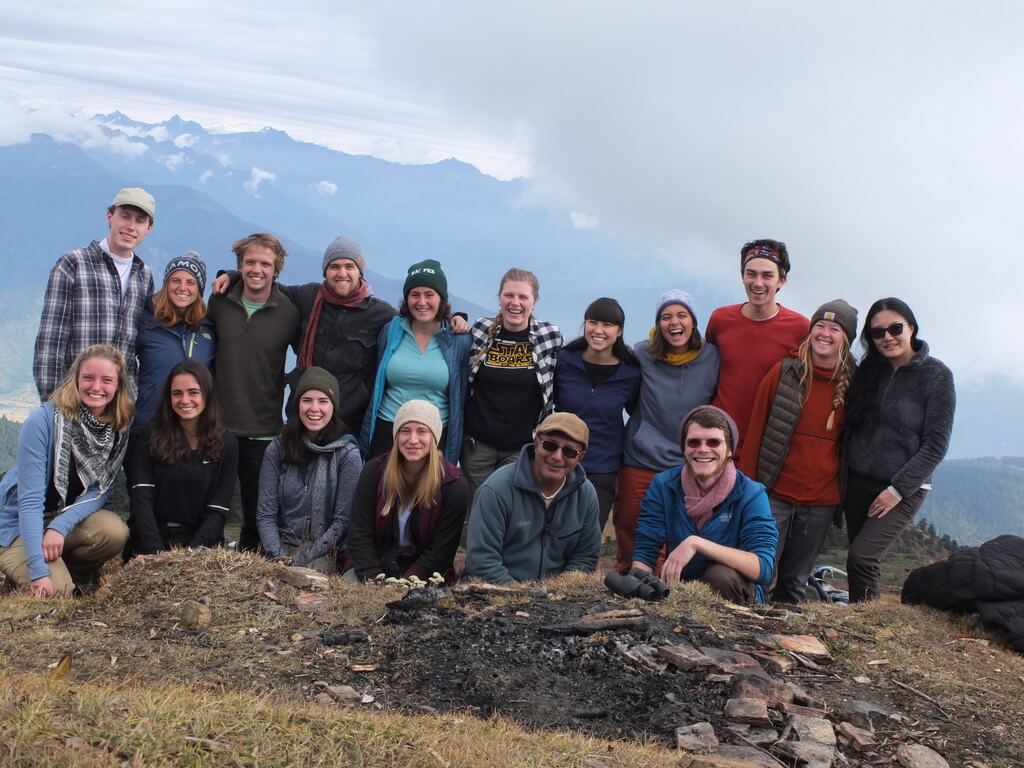 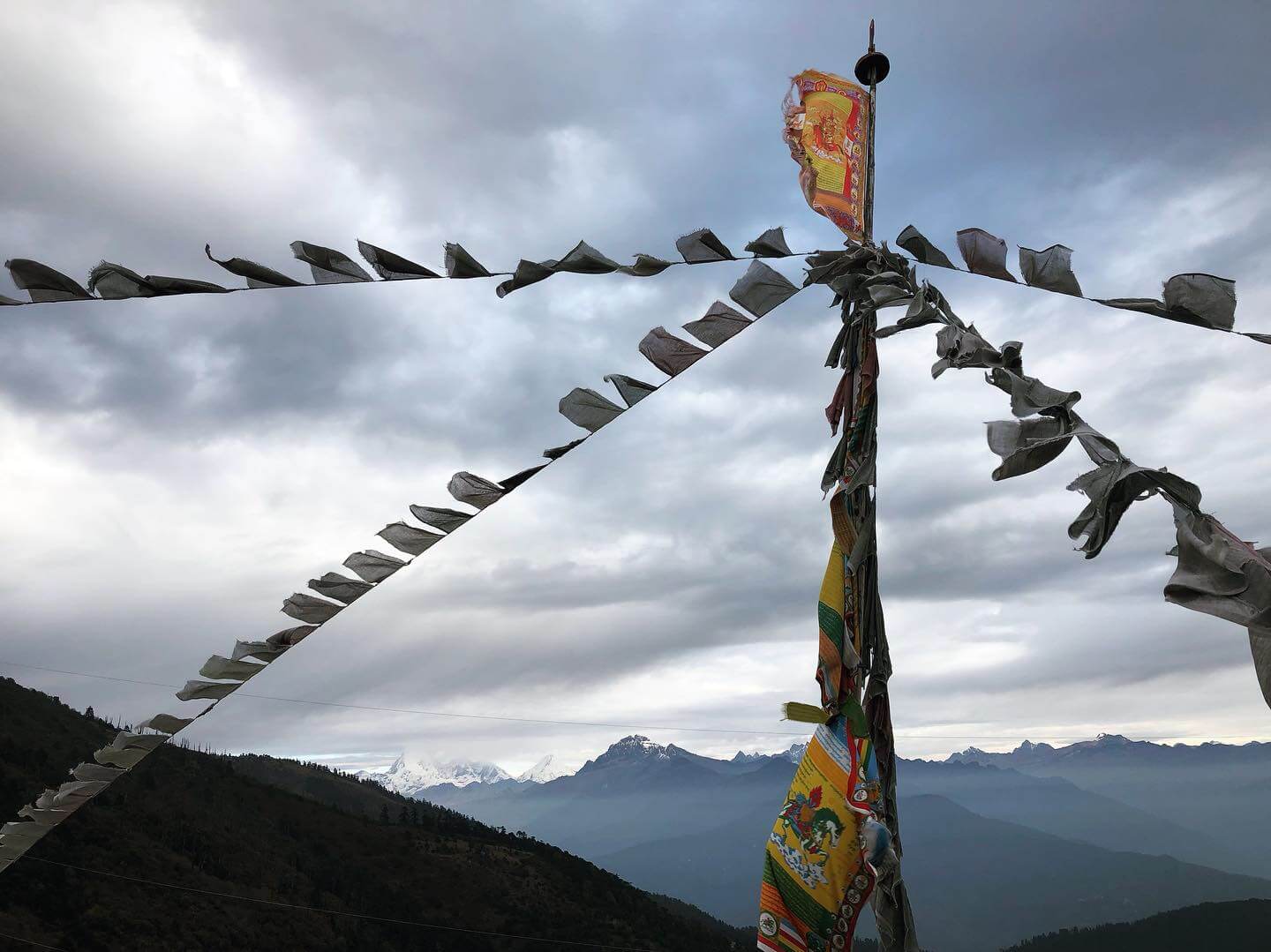 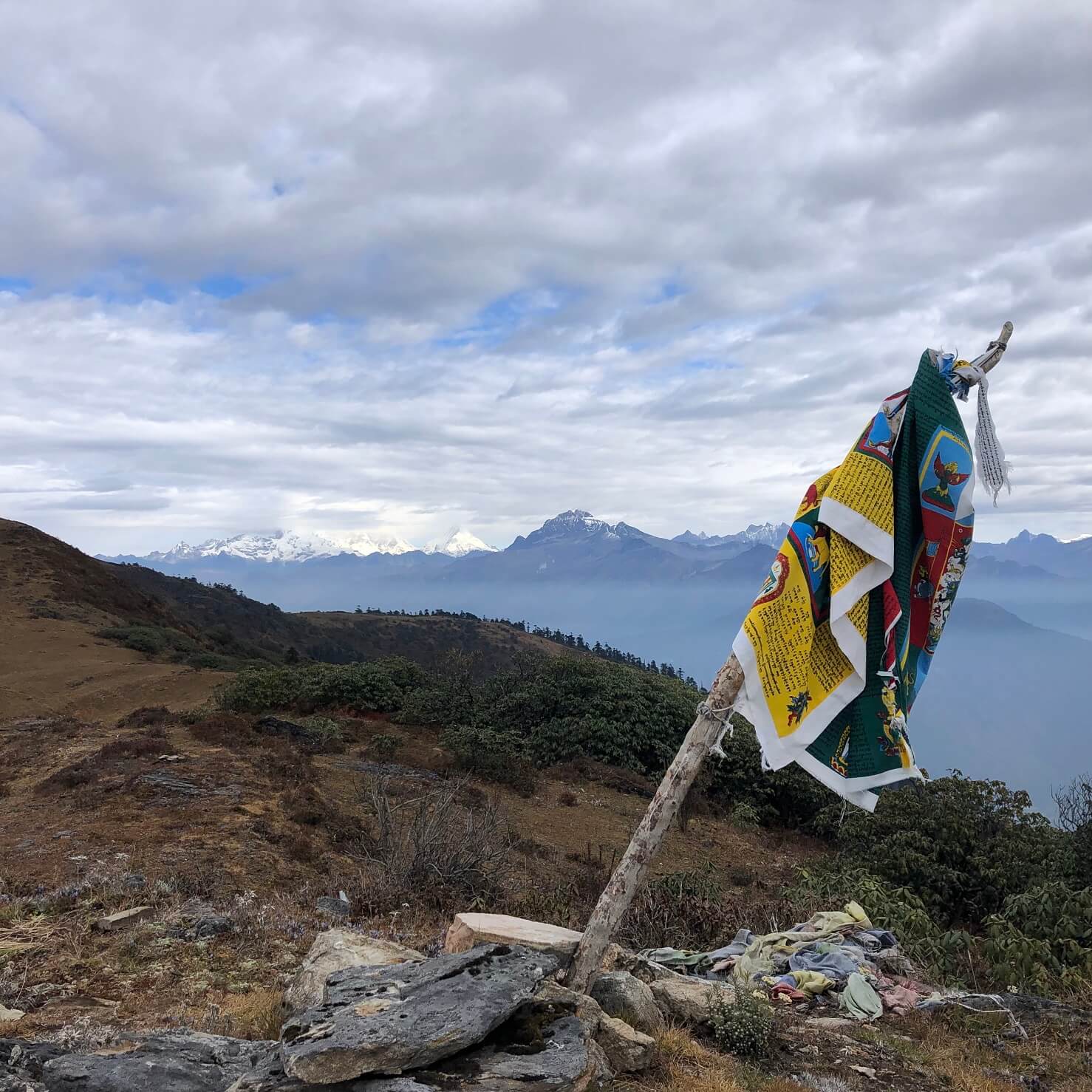 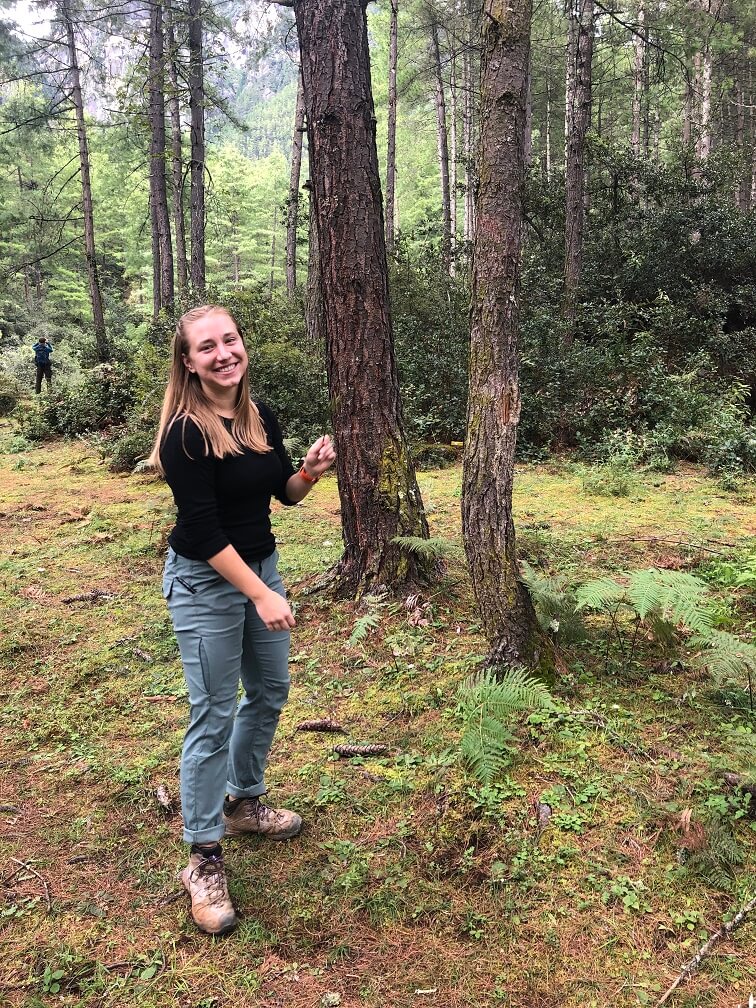