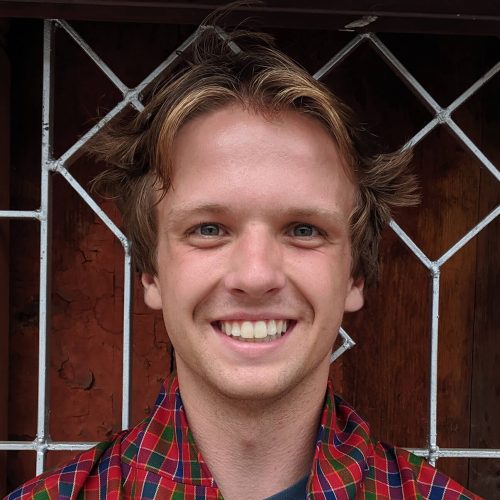 An Elephant Ate My Directed Research Paper: A Final Reflection

In the back corner of the Center, a small, plastic-walled greenhouse sits with its door hanging open on a broken hinge. Soon after arriving, it became my quiet place. I could sit on its worn wooden bench and watch the monsoon rain trail down the walls after class. Afternoon wind knocked the door against rotting crabapples and rustled the plastic tarping to raise dragonflies from a pungent, woody rosemary bush. I knew this was a space I wanted to maintain over the semester. I realized, though, that as beautiful as the greenhouse was, there was one problem: it had barely any plants. I came up with a foolproof solution. 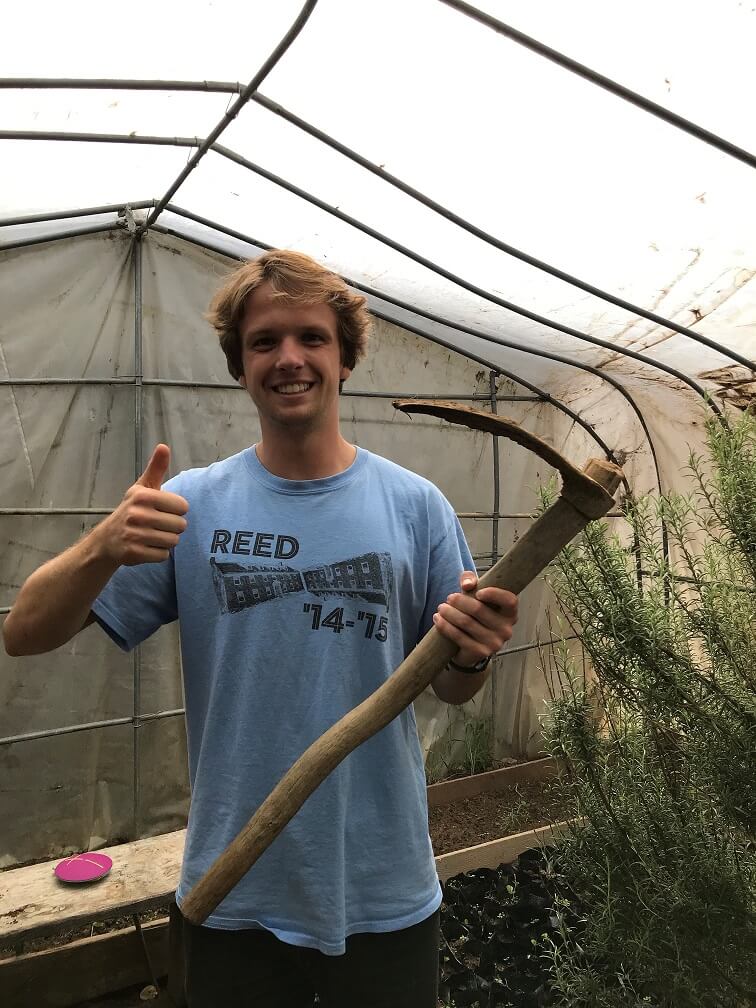 On a grey September day as the summer monsoon drooped into early autumn, I walked up to the greenhouse with 15 friends, 32 green thumbs, and 50 onion bulbs. A dusty orange cat kicked soggy clumps of mud and apple into the air as it ran from the Billy Joel blaring from our speaker. The time had come. A half hour and a whole lot of ’80s dance music later, six mounded rows of red onion bulbs filled all the free space in the greenhouse. After everyone filtered out, I stayed behind watering and spreading compost. Some romantic, Disney-esque part of me wanted to use these onions as a companion I could grow alongside during the semester. Whenever I wanted to remember where I was, I could sit on the little wooden bench and watch the onion shoots, my partners in personal growth.

But, naturally, that’s not what happened.

While the shoots initially grew strong, a point came when the bulbs deflated and the leaves began to slouch back toward the ground. It felt to me like they’d only shown up long enough for me to notice that they were leaving. I’m sure it didn’t help that my irregular watering schedule left the plants either swimming in water or bone dry for weeks, but a part of me felt as if their sickness was something that was meant to happen.

Of course, my semester in Bhutan with SFS has been about more than just onions. But I still, probably more than most students, feel as if they play a significant role. The onion’s process of coming and going has permeated my experience in Bhutan. It’s in the kitten that wandered into a Taktsang temple with us then wandered back out; it’s in mugs of milk tea filled and refilled during homestays and Directed Research interviews; it’s in the Himalayan raspberry that’s currently filling the blackened forest floor after a 2018 wildfire. We missed the black-neck cranes in the Phobjikha Valley this semester, but it was comforting to know that they were just somewhere in the process of returning from Tibet. My life here has been surround by constant flows of ins and outs, goings and comings.

During the Directed Research period, a key informant posed a question for me mid-interview. He asked, “what would you do if an elephant trampled all over your final paper the day before it was due?” An obviously catastrophic hypothetical, but his point was that elephants can destroy crops in southern Bhutan at the most inconvenient time for the farmers. Instead of groaning or complaining about what was, these farmers get right to the work of repairing what is. Elephants themselves come and go—it’s how one reacts to their legacy that’s important.

By this logic, since I have come to Bhutan, I must leave. That’s okay, though. While it does seem like I have only been here long enough to realize that I’m leaving, it’s only natural. Greenhouse onions, temple kittens, empty tea mugs, and the Phobjikha cranes are all ephemeral. Why shouldn’t I be as well? This program ending only reminds me of how grateful I am for the people and places I have met over the last three months. Every bit of it did not last long enough, but, at the same time, lasted just as long as it needed.

When I fly home, I’m leaving behind a small, plastic-walled greenhouse with a door hanging on a broken hinge and six rows of unhealthy onions. And that’s just the way it should be. 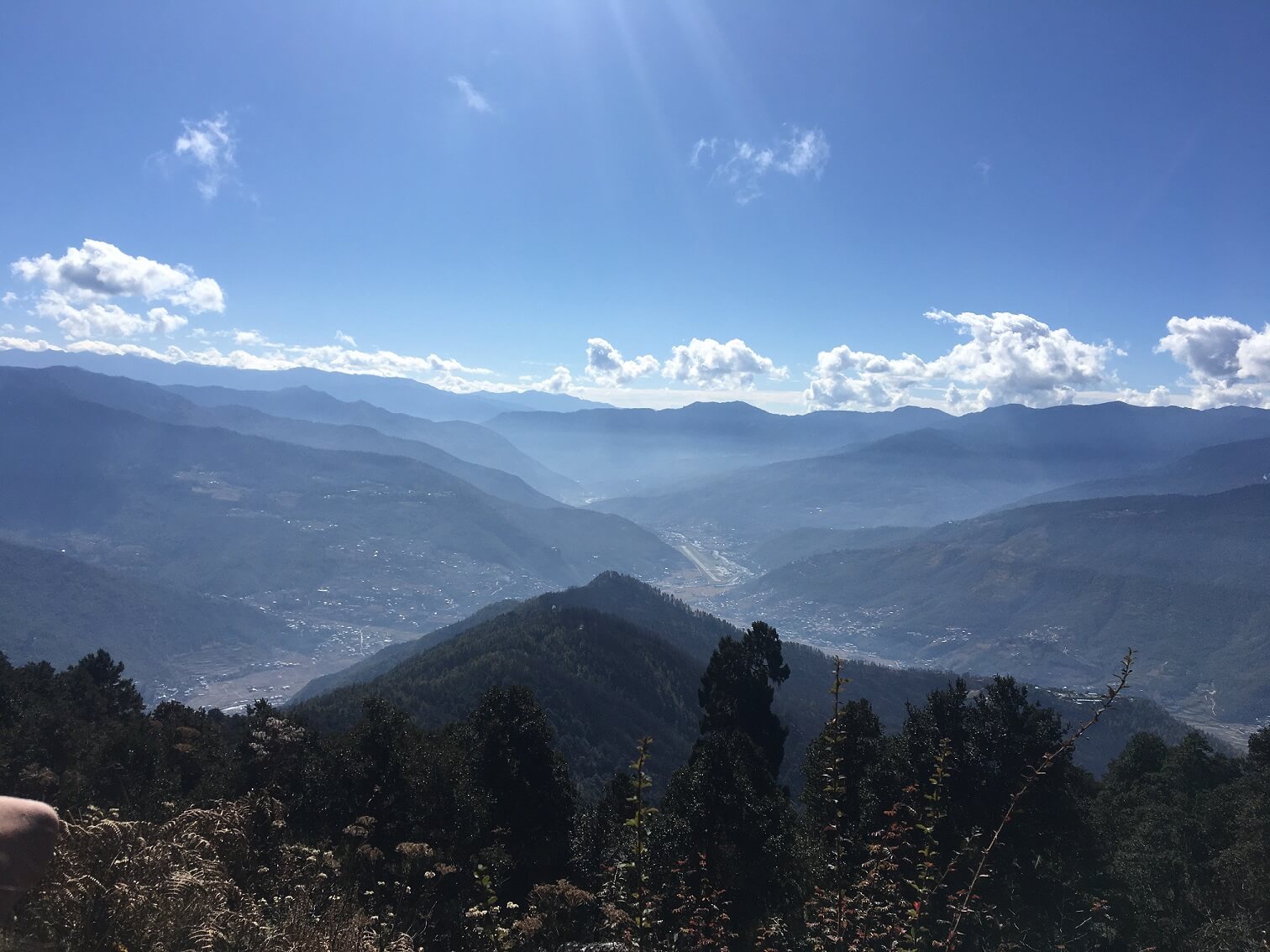 A view of Paro Airport, our first and last contact with Bhutan