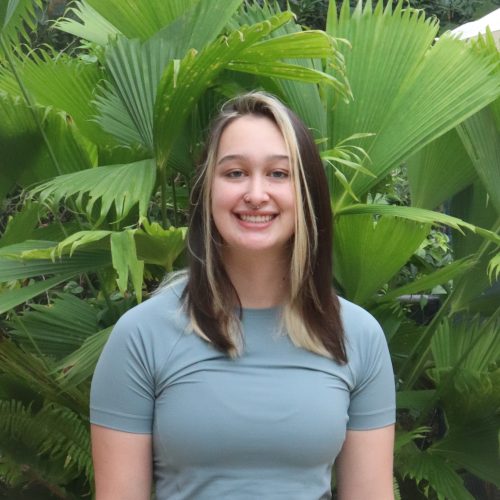 A Week in the Life at SFS Panama

To start our week off, we had a guest speaker come into our Culture, Language, and Society class. He was an Ngöbe lawyer from Bocas who helps to educate the Ngöbe community here about their land rights. It was super interesting and eye-opening to hear him talk about how impactful his work can be for the surrounding Ngöbe communities, who have historically been taken advantage of. His work cultivates a sense of pride among Ngöbe people because they are able to take ownership of their land.

Tuesday started off with a morning full of classes in which we debriefed our cacao farm fieldtrip from the week before. We learned a lot about what sustainable farming practices actually look like and how they can differ from the ‘optimal’ paper plans. I didn’t come to this program particularly interested in the social science of things but being here in Bocas has given me the opportunity to see firsthand how biological concepts impact real people. The afternoon was spent swimming in the ocean, which is just walking distance from campus, looking for seaweed samples. After we had collected our samples, we spent time identifying them as well as photos from our other snorkeling trips to get familiar with the beautiful species that live in the Bocas waters. 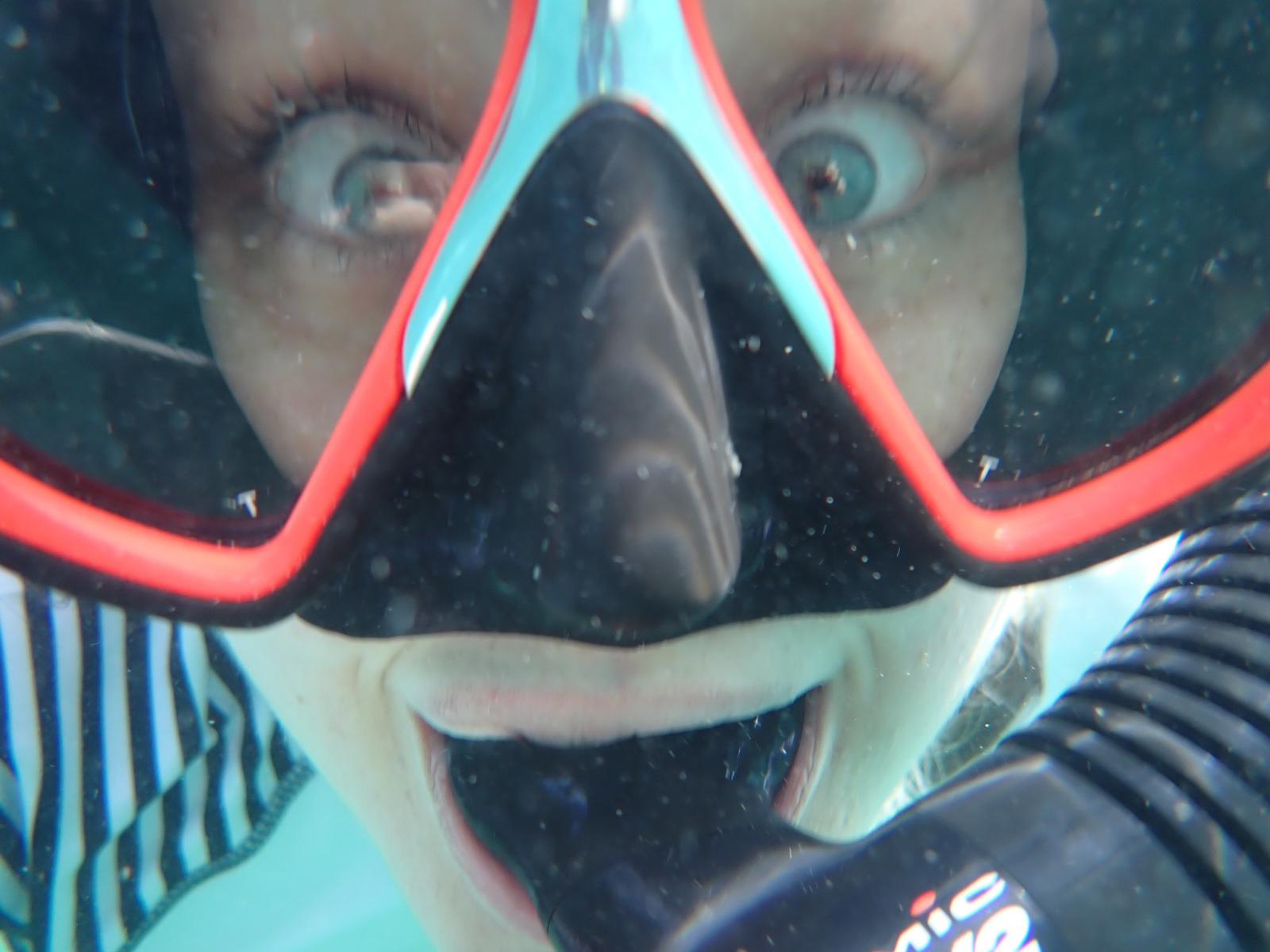 Zoe during a snorkel. (Photo by Marissa Scott).

Wednesday was our rain forest field trip day! We spent the entire morning walking around in the rainforest looking for bugs. We were engaged in a very competitive insect war (where the two halves of the group here competed to see who could find the most insect species). Not to brag, but I found a lot of the bugs for my group. I even found a tailless whip scorpion, which is the spider in Harry Potter and the Goblet of Fire (the one Professor Moody demonstrated the Unforgivable Curses on).

Another field trip! Thursday morning was spent getting ready for what is described as the best trip of the semester. We took a boat to Zapatillas Dos, a beautiful island about a 45 minute boat ride from campus. On the ride there, we spotted some dolphin fins in the distance. We landed on a gorgeous sandy beach and had our morning classes next to the ocean. We spent some time hiking through the forests that sit next to the beach, where we learned about the different types of epiphytes you can see in the tropics. We also got to collect some epiphytes (for a future lab) that were bigger than the size of my head!

After our forest walk, we were supposed to snorkel around Zapatillas, but the current was too strong, so we visited an area called Tranquilo Bay. On the way there, we had dolphins swim up to our boat and one of them was a mother and baby! The professors weren’t lying when they said this would be the best day ever! The snorkel location was absolutely beautiful. One of my favorite snorkels so far! We learned about the different coral zones and the different species of coral and sponges that grow in each. We also saw the biggest crab I have ever seen living in one of the corals! My only complaint was that I maybe should have reapplied sunscreen…

Friday was supposed to be a more relaxing day of classes at the Center while we recuperated from our amazing day before. We debriefed our Zapatillas field trip and discussed how tourism can affect areas like that during our morning class. After, we examined the ephiphyte sample that we collected to count the number of bug species present inside. We found a spider almost the size of my hand in one of them–it was amazing! Then, during our Spanish class in the afternoon, the Center became a wildlife haven. We stopped class halfway through to look at a three-toed sloth that was right next to campus. Then, right after, we had howler monkeys in the trees by our pool. 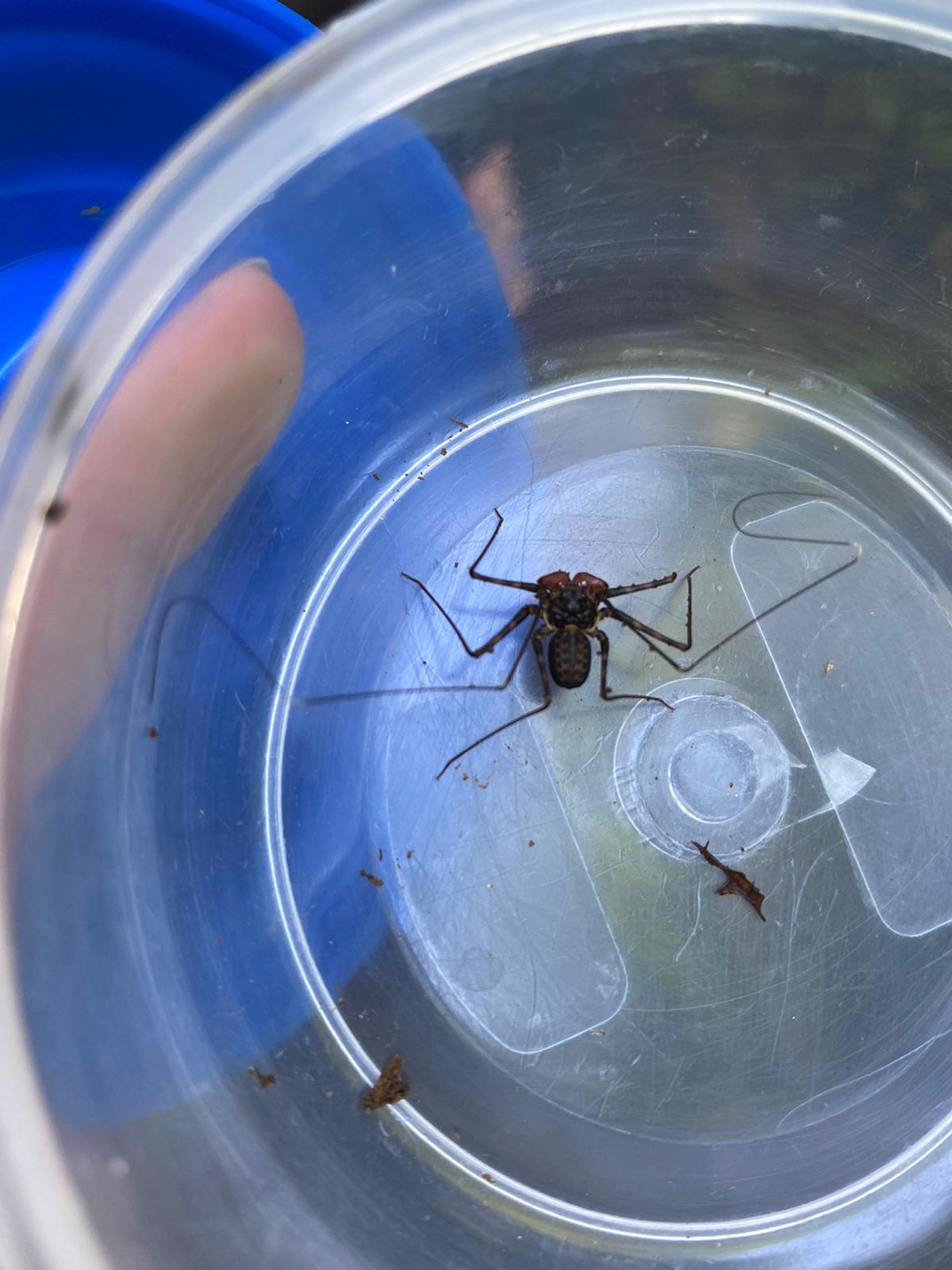 One of the spiders found in the epiphyte sample. (Photo by Zoe Lowe).

Curious to learn a bit more about the SFS Panama Center? Click here to read about why we’re based there, our environmental research focus, how we connect and support the local community, and even take a tour of the Center.